With swimming pools and climbing walls, data centers could enhance our urban environments 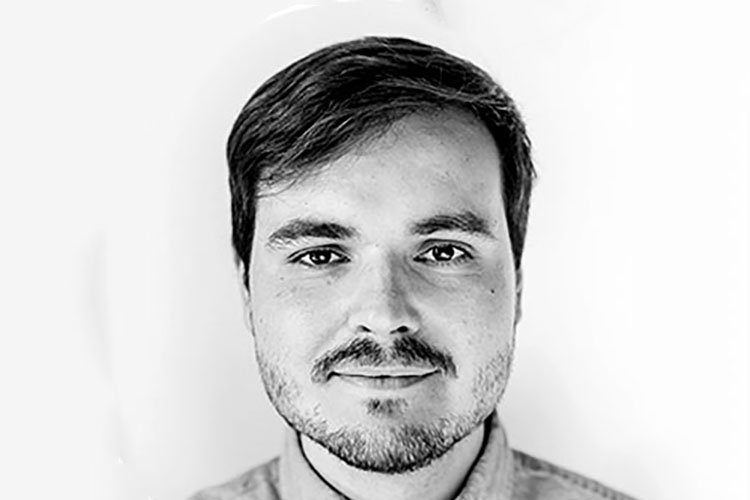 How many of us deal with infrastructure on a daily basis? Let’s say, hopefully, we don’t have to. The goal of perfect infrastructure is to make our lives flow seamlessly and stay out of the way.

On the other hand, infrastructure can take multiple forms and sometimes we do come into direct contact with it. Citizens of major cities like New York or Moscow would probably be well acquainted with the infrastructure of the subway, and aware of the ugliness of the former and the renowned beauty of the latter. In cities like Rotterdam, seaport infrastructure gives the city purpose and constitutes a massive backdrop to its daily life. 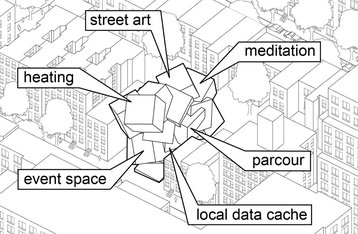 Most often, though, infrastructure is removed from us, delivering its services from large centralized facilities—power plants, water treatment facilities, grain silos.

The same has so far applied to what can be argued to be the most important type of contemporary infrastructure—the infrastructure of the internet.

To this date, our ever increasing appetite for data has mostly been catered to by massive facilities, located in secret remote locations and laid out according to the simple logic first introduced during the Second Industrial Revolution: the bigger—the cheaper, hence the better.

But times are changing. In virtually all sectors of the economy, be it the military, manufacturing, agriculture or energy, we are witnessing an ongoing shift away from centralization towards distributed systems.

Getting closer to users

Consisting of larger numbers of small and relatively independent agents, such systems are believed to be more resilient and agile, better suited to address the fluid challenges and needs of contemporary society. Data infrastructure is no outsider to this trend.

“The future of data centers isn’t tied up in large, centralized facilities. The nature of net-based services is that they need to be relatively close to the consumers of those services. […] By moving these capabilities to the edge, you address the plethora of issues that these technologies bring up. But you also have to re-imagine what you think of as a data center.”

If internet-based businesses are already expressing desire to move their services closer to end users—to the edge—imagine what will happen in a few years once augmented reality, IoT and autonomous vehicles get integrated into our daily routines. The hardware built into these devices will only be able to process that much data with the rest of it needing to be outsourced to the cloud. The changes these innovations will bring along will not be strictly quantitative, but also qualitative. There is not only going to be more data, but it will also need to be processed and delivered to us faster, given the fact that our very lives will depend on it. Given the universal limitation of the speed of light, there is only one variable we can manipulate in order to accommodate this growing demand for near-instantaneous data delivery: physical distance.

In the near future, data infrastructure will leave the wilderness and enter our backyards and communities, becoming a typical fixture in our everyday spatial environments. The critical question is: How? 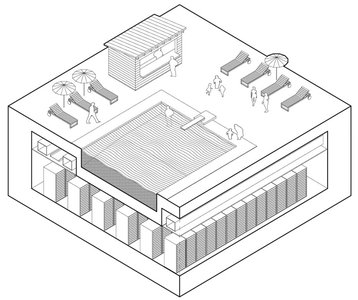 There is always a choice

Our answer is: by Design. Of course, there is always a choice to not care and keep building in the good old ways. But as we know from the history of product design, once technology comes within close proximity to people, it finds itself in need of an interface. Regardless of technology’s own qualities or the intents of its makers, we humans tend to take technology with suspicion and resistance, unless it makes an effort to interact. Similarly, coming within close proximity to people’s habitat, data infrastructure will benefit from having an interface designed with people in mind.

The infrastructure of the internet will need to become spatially versatile, interactive and—for the lack of a better word—friendly.

For example, imagine a data center that doubles as an all-season swimming pool or spa. This could transform the current challenge of server heat exhaust minimization into a fun new piece of public infrastructure. In the case of a multi-storied facility, how about turning its walls into bouldering challenges while adding a bit of shopping on the ground floor? Given the lack of windows in data centers, their blank walls can be perfect for climbing while few things can spark neighborhood activity as well as a few little stores. Or if we are dealing with something truly big—how about a cart racing track or a stadium? This would turn the largest of facilities into assets for the surrounding community as opposed to nuisances, while staying perfectly functional.

All these examples require a change in thinking about data centers. They also raise a lot of questions: What about security? How much will this cost? These concerns are real, but they can be dealt with through creativity, dialog and intelligent design. Given current trends and near future projections, the change in our thinking about data infrastructure will need to happen soon anyway, so it is important for us to start thinking about the How now.

Ivan Sergejev is designer at Project Rhizome, a design service which aims to combine cutting edge data infrastructure development with attractive urban environments. This blog was first published there