Is the desktop operating system holding back Internet development? 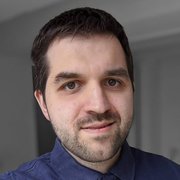 IPv6 was supposed to become the standard protocol soon after the RIPE NCC officially exhausted the outstanding IPv4 reserve in 2019. As IPv6 has been growing more and more in popularity, smart homes and Internet of Things have already employed the protocol and operating systems already come with it by default.

This article will look at how the two operating systems - mobile and desktop - vary in their support of IPv6-only, what walkarounds to strengthen such support exist and what businesses and their IT teams can do to propagate IPv6 adoption further.

In spite of its undisputed advancement in routing, end-user capabilities and traffic, IPv6 surprisingly still has not managed to reach its peak. A closer look at some devices and applications indicates that mobiles can fully support the latest protocol but desktops are still lagging behind. More precisely, the level of support for IPv6-only varies greatly from operating system to operating system. Therefore, while mobile operating systems have fully embraced IPv6-only, adoption has been somewhat hampered by desktop operating systems, causing many devices applications and services not to function properly without the help of legacy IPv4 protocol.

The ultimate aim of global internet functionality is to run IPv6-only networks - the last stage of the protocol where solely IPv6 transfer capabilities are in play. This system would underpin global reachability while supporting IPv4 via a transition mechanism. At this stage, mobile leads progress towards this, with mobile operating systems iOS and Android worldwide supporting them. These two OSs account for 99.35 percent of mobile internet traffic.

Since 2016 app developers at Apple must only offer applications aligned with IPv6-only networks. In the case of web pages that aren’t well compatible with IPv6, practical workarounds are available. Happy Eyeballs version 2 - a set of algorithms that links both IPv4 and IPv6, prioritizing the latter for dual-stack applications (that support both protocols) - reduces the chance of a bad user experience for mobile users. Looking at the Android operating system, the CLAT engine - a customer-side translator whose set of algorithms converts IPv4 into IPv6 addresses - significantly helps legacy apps to operate sans any major risks, as the app believes the device is connected to a dual-stack network.

While mobile operating systems have fully aligned with IPv6-only networks, desktop operating systems have held back the protocol’s adoption quite noticeably. Because Windows, Linux and macOS users can get applications, such as legacy apps with IPv4-only APIs, from anywhere they like, users can run into issues if their network does not support the IPv4 protocol. Sadly in the case of desktops, tools such as the customer-side translator (CLAT) engine, are not able to mitigate compatibility problems in the same way that options such as Happy Eyeballs have been able to for mobile.

Windows, for instance, can benefit from the CLAT engine solely when the device is connected to a wireless wide area network (WWAN). Therefore IPv4-only applications function without issue on a Windows laptop connected to IPv6-only mobile network but not when connected to IPv6-only Wi-Fi or wired network. In the case of Linux, even though a CLAT implementation is available, it is not a routine feature of any widely accepted distribution.

These notable shortcomings on desktop operating systems will contribute to a slower uptake of IPv6-only networks for the foreseeable future. Compatibility issues mean that with the present standard of protocols, there are few options to ensure that desktops reliably interact with IPv6-only networks. This is a clear barrier to rapid adoption, but that does not mean that businesses and service providers can’t benefit from and make progress towards IPv6 today. So what can organizations do to ensure their IT teams are well prepared to embrace the latest protocol?

While IPv6 is not a new phenomenon, IT teams are still inexperienced with the protocol. A wider IPv6 adoption would require IT teams to know how to deploy it safely. They need to gain the right know-how and expertise through continuous training opportunities and it’s up to the organizations to nurture their talent. When investing in people, organizations must consider the three Ts - training, testing and transition planning. While it may seem sensible to invest heavily in technology so that IPv6 is deployed safely, the human element is the most indispensable element, meaning learning opportunities for IT professionals need to be prioritized. After all, having access to adequate resources to improve skills and knowledge is the prerequisite to a lasting difference either in an organization or around the world - what a global IPv6 implementation actually is. With organizations being heavily dependent on smooth and secure IPv6 networks, training for IT teams should be put into motion as soon as possible.

The IPv6 protocol has experienced an undeniable progress since its inception in 2012 but there is still a long way to go. While mobile operating systems - iOS and Android - have fully embraced it without any major risks for end-users, it cannot be said the same thing for desktop operating systems despite some limited workarounds. Until IT professionals gain enough knowledge to safely implement IPv6, its adoption worldwide will remain hampered. Organizations, therefore, should prioritize learning opportunities for their IT teams to overcome issues with desktop operating systems and pave the way for the protocol to become the norm.