There are more fuel cell vendors than Bloom, and more technologies than solid oxide

Data centers are looking for ways to become more independent of the local electricity grid, and fuel cells have been proposed as a good way to approach this. They actually do a similar job to diesel generators, generating power from fuel locally, but they use natural gas which can come from renewable sources, and they are less polluting.

So far, the biggest name in the field has been Bloom Energy, but it’s secretive about its technology and finances, while shouting about headline making deals, for instance with eBay and Apple. eBay is using the Bloom boxes as primary power for a data center in Utah, eliminating the need for diesel back up and moving towards independence from the grid.

Bloom gets the coverage, thanks to deals like this and what’s been described as a “reality distortion field” that eclipses other makers. It almost seems there are no other fuel cell companies in the world - but this isn’t the case. 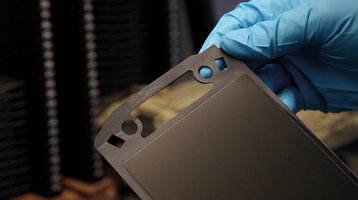 Back in September, a UK firm invaded California-based Bloom’s home turf by scoring a deal with the US Department of Energy to develop fuel cells that can power data centers. Diesel maker Cummins picked Ceres Power as a partner in a nearly $5 million project that aims to  create a 5kW cell that can be aggregated into 100kW units that will help power data centers. Apparently $2.6 million of the budget will go to Ceres.

Ceres is at an earlier stage of development than Bloom, and has been working on smaller products aimed at the domestic market. Locating the fuel cell in the home has the added benefit that heat produced from the cell can be used to provide hot water and heating - a combined heat and power (CHP) solution that boosts efficiency. Ceres is testing a system which can provide 80 percent of the power and all the hot water used by a typical home.

Compared with Bloom, the Ceres technology uses different ceramic conductors and operates at a lower temperature. Most solid oxide fuel cells (SOFCs) operate at more than 1000ºC, while Ceres works at 500ºC to 600ºC. At these temperatures, steel can be used for supports, and the project with Cummins will develop a so-called Steel Cell for data centers.

This is still an emerging area, full of risk, and at least two ceramic fuel cell operations have closed in recent years

Bloom isn’t standing still, of course. The company has sold some more Energy Servers to retailer Ikea, and has a deal with state-owned Indian utility Gail to deliver its products in India.

And other companies are still going. Fuel Cell Energy Limited is pitching its technology for data centers.

There is also the proton exchange membrane (PEM) technology which operates at a lower temperature than the solid oxide fuel cell (SOFC) technologies used by Bloom, Ceres, and Fuel Cell Energy. In the PEM space, Ballard Power seems to be focusing on using PEM systems for vehicles, while Hydrogenics is another player.

A version of this article appeared in Green Data Center News