Frankfurt will impose stricter regulations on its data centers 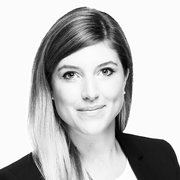 Anna-Lena Kempf is a lawyer at Pinsent Masons

Cities need to balance the uncontrolled growth of digital infrastructure

Frankfurt has proposed a new development agenda to balance out the vast growth of its data center industry with the amount of resources and space required for this expansion.

A new development concept has been proposed by the city to help mitigate against the risk of “unchecked growth” of data centers.

The data center industry in Germany uses Frankfurt as its main hub, partly because of the large demand for fast data from Frankfurt's strong financial industry, and partly because it is home to one of the most developed internet exchange points in the world: around a thousand international networks connect at DE-CIX. In order to support this, businesses have built 60 colocation data centers providing data center space for other firms. In addition, there are numerous in-house data centers.

As a result, Frankfurt has recently joined London, Amsterdam, Paris and Dublin as one of the largest locations for data centers in Europe. However, the city wants to control the development of this new industry and the municipality wants to shape the city with a new urban development plan.

The industry is developing at a faster rate than experts had predicted just seven years ago. According to the local government 65 hectares of land are already occupied by data centers, with even more to come. In addition, more data center clusters are also forming in the surrounding Rhine-Main region. The Covid-19 pandemic has increased the demand for these centers too, as video conferencing, digital teaching and the increased demand for online games and streaming require additional computing power.

In addition, in view of the existing requirements for data protection and security, many German companies wish to process their data within their own country, which further increases the demand for new data centers.

Grow up, not out

Frankfurt wants to ensure that the already rare space in the city does not become even scarcer and that other companies are not driven out of the business parks. To mitigate this, data centers are to grow more in height than in width in the future.

Another problem is the high energy consumption of data centers. Frankfurt intends to solve this by using the heat generated as an energy source for neighbouring residential areas, improving their energy balance.

According to a 2018 study by the Network of Energy Efficient Data centers (Ne-RZ), Germany is the top international developer of energy efficient data centers. But, although they are becoming more efficient, online data consumption is growing just as fast. According to data from the municipality of Frankfurt, to keep a single new data center running often requires more than ten megawatts of power, and large data centers require even more.

A survey of data center operators has shown that Germany is an attractive data center location due to its reliable power supply, data protection legislation and legal certainty But the industry is wary of the high expenses for electricity and drawn out approval processes when building facilities.

"At a price of €113.11 per MWh, data center operators in Germany paid the highest taxes, levies and grid fees in Europe for electricity in 2019"

Also, according to the Ne-RZ study, in international terms Germany's growth as a data center location is considered average, with the Frankfurt area an exception to the rest of Germany. International cloud computing providers building larger data centers tend to choose either the Netherlands or Scandinavia instead, where there are strategies and support measures in place for this. A price analysis conducted by the digital association showed that at a price of €113.11 per MWh, data center operators in Germany paid the highest taxes, levies and grid fees in Europe for electricity in 2019. The lowest ancillary costs found were in the Netherlands at €17.08 per MWh. By a small margin Sweden came second with €17.70 per MWh and Finland third with €21.97 per MWh.

"While the basic prices for electricity are quite similar in Europe, the ancillary costs from levies, taxes and grid charges are set by politicians. The biggest price driver in Germany is the EEG levy. Unlike other energy-intensive sectors in Germany, data centers are not exempt from this,"

To stay competitive on the international market, it will be necessary for Germany to develop new nationwide strategies and find solutions that equally benefit the environment, society and the digital economy and remain an attractive location for data centers.