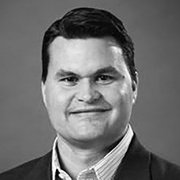 John Niemann is VP of thermal management at Vertiv

To be sustainable, you have to watch your water use as well as your carbon emissions

Today, the drive for sustainable operations not only means reducing carbon emissions but also conserving water, one of our planet’s most critical natural resources. This has created an interesting dynamic for those data center operators evaluating their cooling system options in light of their sustainability and other design objectives. 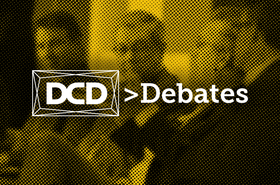 We tend to correlate energy efficiency with sustainability — in addition to lowering operating costs — but that relationship becomes less clear with cooling systems that use water due to the financial and environmental costs of water consumption.

This can be seen most clearly when an adiabatic system that uses evaporation of water to pre-cool ambient air is added to an air-cooled chilled water system. Using a 3 megawatt (MW) data center operating in Ashburn, Virginia, as our testing model, the addition of an adiabatic system improves the partial power usage effectiveness (pPUE) of the air-cooled system by approximately 0.01, which equates to 208,000 kilowatt-hours (kWh) per year. Correspondingly, it increases the water usage effectiveness (WUE) from 0 to .165, which translates to 4.3 million gallons of water annually. The overall net effect of evaporating water on the system is improved energy efficiency and increased water usage.

The argument has been made that reducing data center energy consumption facilitates water conservation because most sources of electricity consume water in the power generation process. This is a valid argument, but generally speaking, the upstream water savings on power generation processes do not fully offset the amount of water consumed downstream by data center cooling systems.

It’s certainly reasonable to prioritize the reduction in carbon dioxide emissions enabled by the adiabatic system over the environmental costs of the water consumed, but water consumption should not be ignored when evaluating sustainability.

If we look at the water usage of different technologies, an indirect evaporative system that independently draws ambient and internal air through a heat exchanger is one of the more efficient for data center cooling. But that efficiency comes at the expense of water that is sprayed on the ambient air side of the heat exchanger creating the evaporative effect. 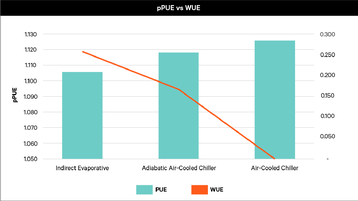 The trade-off between energy effiiciency and water usage – Vertiv

Again, this doesn’t prove that one system is inherently more sustainable than another just that determining true environmental impact is complex. Water consumption needs to be included in sustainability evaluations and accurately balanced against energy consumption.

While water has been an enabler of increased efficiency and lower operating costs, the full impact of using water for data center cooling is often not considered. Water usage has direct environmental impact, particularly in areas where this resource is scarce. Using water can also add to annual operating costs as a result of water treatment and maintenance of the system. There are numerous benefits to using water, which is why many of the most efficient data centers operating today consume it. However, when considering the use of water, it’s important to look at the trade-offs in terms of efficiency, cost and sustainability.

For a more detailed analysis of the relationship between energy efficiency, water consumption and costs, read the Vertiv white paper: Calculating the Impact of Water Usage on Data Center Costs and Sustainability.