Ever consider what your data center isn't telling you? 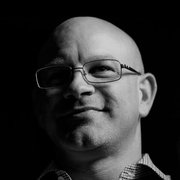 Data centers entail a lot of planning, time and financial investment. And having the right data network solutions can also help uncover a tremendous amount of information about how well your organization is operating.

Even with such a wealth of information at your fingertips, have you ever considered what your data center isn’t telling you? If not, that can have serious consequences.

The goal: meaningful and useful data 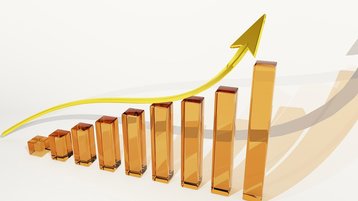 But first, keep in mind that the data available today isn’t as new as you might think. Nor are the many data operations and processes currently in use. In fact, the ability to collect data has been around since the very beginnings of server and data center architecture.

What is relatively new, however, is the capability to intelligently interpret that data into something meaningful and useful. That capability came to fruition only in the past five years. Take Google, for example, which has done an amazing job of collecting marketing data on millions of people. Even though that data has been around for a long time, being able to monetize and turn it into something useful is only a fairly recent development.

The capability to see everything that moves through a data center’s firewall has existed for some time as well. The challenge is having the time and resources to look at and interpret that data to determine what it can tell you. Fortunately, time-consuming data analysis is now performed through machine learning, artificial intelligence, and big data analytics through a concept called the “single pane of glass.”

Single pane of glass essentially means having all of the information that you need in one place to successfully run a data center and your organization’s operations without requiring numerous and different interfaces.

Easier said than done, the single pane of glass concept has become a major concern for enterprises and providers of such services alike. It has also required a lot of coordination and teamwork between vendors.

What’s most concerning though, is that many vendors haven’t been entirely open about sharing how they’re approaching the single pane of glass concept.

Imagine, though, if the leadership in those organizations — both on the switch side as well as the engineering and integration side — actually talked to each other. That would result in tremendous scale comparable to doubling the amount of processing power in your data center, but only requiring one-third the actual power to run it.

Two entities working in conjunction with each other always makes a relationship more powerful than the individuals themselves. Such strong relationships have led to a series of eye-opening developments in recent years, including the ability to manipulate opinion based on data and also use that data to improve lives.

Overall, the amount of available data and what we do with it can improve almost anything around us. That includes everything from vehicle safety to advances in medical technology.

Data analysis can also lead to improvements in identifying patterns or types of usage. That then contributes to higher levels of efficiency in business as well as in our personal lives. On a much bigger level, data analytics and machine learning enable us to actualize data faster. If you can cut the time it takes you to respond to something, you're outpacing your competition. And if you can do that by sharing information via machine learning on a global scale, that produces an even better outcome.

It pays to prepare

Unfortunately, not everyone is so well prepared. Take one school district, for example. It experienced an issue with internal employees setting up a secondary (ghost) network in the district’s data center. The network was so successfully hidden that it took three analytical engagements to uncover what was going on and determine how it was jeopardizing the whole system.

The amount of data and productivity lost while uncovering the hidden network and efforts to recover were huge. Because the district didn’t have the necessary measures in place for its data center to tell them there was something wrong, and because the behavior had been happening for so long, nothing appeared unusual until it was too late.

When it comes to your data center’s operation, consider the following:

And finally, a technology discussion with someone who offers different work experiences will also open your eyes and hopefully, make a positive impact on some of the critical data center and operations decisions that you make every day.