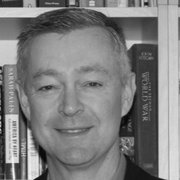 The business case for edge data centers is not a new killer app, but a reduction in an existing cost: backhaul

It seems like every edge computing article you read presents edge deployment as the solution for bandwidth and latency issues. These dissertations assume that addressing bandwidth and latency hurdles results in satisfied end users - and presumably more of them. This implied assertion is, of course, true as far as it goes. So why, despite what you have read, is edge computing’s adoption a little slower than many pundits breathlessly expected?

It’s been posited that, like many of its technological predecessors, edge is waiting for the rocket fuel known as the coveted “killer app.” More financially focused organization suggest edge trepidation is due to the lack of a compelling business case. But what if the killer app was the primary element of the business case itself? What if the holy grail for edge deployment is its ability to dramatically reduce transmission costs?

For many providers of cloud delivered offerings, such as gaming companies, the ability of their end users to instantaneously lay waste to an opponents’ fortified stronghold is of obvious importance. The unseen aspect of satisfying thousands of controller-crazed customers is that it costs a lot of money to do so, particularly the cost of transmission. Applications are usually delivered by performing all of the required computing in one or more centrally or regionally located data centers with all transmissions back to each locality being made via high bandwidth connections. These transmissions, along with their required connectivity, are collectively referred to as “backhaul.”

Backhaul, or more specifically the cost of the high bandwidth transmission lines required, is traditionally the biggest cost element when planning for the most effective mode of service provision. Edge computing transforms the planning equation through its ability to offer organizations “backhaul bypass” capability. To demonstrate the massive impact of edge delivered backhaul bypass capability to the traditional transmission cost model let’s take a look at the impact made in a Virtual Reality scenario in two locations.

A tale of two cities

As you might have guessed, the number of transmission lines required to support a local application like VR, back to a central or regional data center is driven by the volume of data that must be transmitted and processed to maintain an acceptable level of performance. And, since transmission lines are not currently available for free, backhaul cost is the aggregate of the number of lines required to provide the necessary capacity. Compass has produced a "Backhaul Bypass Calculator" which works out how much backhaul would cost for successful applications delivering gaming or virtual reality applications to various US cities.

If an impressive 25 percent of the population of New York took a virtual tour of the Grand Canyon simultaneously, we are talking about a user community of approximately 2.2 million. Assuming that each headset was operating at the recommended level of 25Gbps our virtual canyon visitors would require enough bandwidth capacity to support almost 14 million Gbps.

To determine our backhaul cost we multiply the number of 100 Gbps circuits required to support bandwidth requirements by a national average of $1950 per circuit. The end result is a monthly backhaul cost of $536,250. If you’re saying, “that’s a lot of money,” you’d be right.

Backhaul costs for a VR application in Minneapolis – Compass

Naturally, if we are operating the same VR application in a smaller city the absolute numbers for bandwidth and circuit requirements change. The smaller universe of potential and simultaneous users manifest themselves in a reduced bandwidth requirement and the associated number of circuits to support it versus the Big Apple. However, almost $100,000 per month in associated bandwidth costs is going to stand out no matter how much you might try to hide it in a budget.

The impact of edge data centers and backhaul bypass

Edge data centers substantially alter the cost model for supporting high bandwidth applications. The reason for this equation altering effect is that the number of high cost circuits leading back to a single data center is reduced by moving the majority of compute and storage closer to the end user community. The cost benefit of using edge data centers for the purpose of backhaul bypass is considerable for both our New York and Minneapolis scenarios.

By delivering the ability to “localize” a large portion of compute and processing functionality, edge data centers change the economics of our VR application dramatically by reducing the number of 100Gbps equivalent backhaul circuits by a factor of 10. Using our same figure of $1950 per circuit for both New York and Minneapolis, the total backhaul cost is approximately $26,175 per month (v. $536,250) in New York and $4,875 (v. $97,500) for its northern contemporary. The backhaul bypass savings in both cities demonstrate while there may be a proportional difference due to market size, the absolute reduction in transmission costs make a substantial contribution to a provider’s bottom line.

In accessing the level of cost reduction that can be derived through the reduction of transmission circuits it appears that the emphasis on what will drive edge computing has been misplaced. While the emphasis has been placed on the business and lifestyle transforming potential of applications residing within edge data centers and corresponding decreases in service impacting factors like latency, the “killer app” that will drive the edge is actually something a little more mundane—but CFO’s will love it. Edge computing’s ability to drive down a significant cost element by providing backhaul bypass capability is an immediate, as opposed to envisioned, benefit to cloud and SaaS providers. In other words, the catalyst for the growth of edge computing isn’t something we’re waiting for, it’s been with us the whole time.