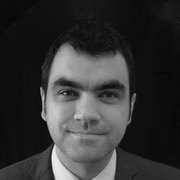 Must-Read Research: The second in an ongoing series - how a digital resilience strategy can help deflect potential knockout blows

The dictionary definition of resilience is “the capacity to recover quickly from difficulties; toughness.”

When it comes to current real-life examples of resilience, we should probably look no further than frontline healthcare workers, teachers, or anyone else who has stoically provided vital services amidst the pandemic.

Pre-pandemic, however, we might have turned to a more obvious example of toughness: a boxer perhaps. And if you’re looking for a pugilist to illustrate a point, then there is no better example than Muhammad Ali.

One of Ali’s most famous fights was the so-called “Rumble in the Jungle,” in Zaire (now the Democratic Republic of Congo) in 1974. In what is sometimes referred to as “the greatest sporting event of the 20th Century,” a 32-year-old Ali found himself up against a younger and stronger world champion, 25-year-old George Foreman. Despite his fame and experience, Ali was the 4-1 underdog going into the match. 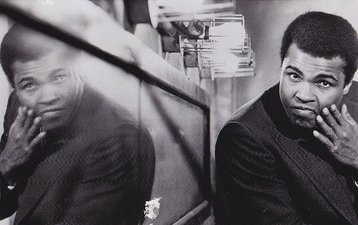 As the story goes, in the run-up to the fight, Ali reinforced the preconception that he would use his famous agility – “float like a butterfly, sting like a bee” – to “dance” around the slower, but stronger, Foreman. But the reality on the day was quite different. Rather than avoid Foreman, Ali seemingly allowed himself to get cornered. Not only that, but he often leant back into the ropes and let his body, but also crucially the ropes, soak up the punishment. The result? Foreman eventually tired himself out and Ali won the fight. The “rope-a-dope,” as it has become known, proved decisive.

The obvious lesson here is that resilience is not just about soaking up punishment but adapting to avoid it. Ali knew he couldn’t win with his usual tactics, so he adapted to the tough conditions – namely Foreman’s strength and youth. Exactly that kind of agility, and ability to change, is proving critical as companies continue to respond to the pandemic, according to new research from industry analysts IDC.

The Digital Resiliency Index measures how digital transformation not only makes companies more productive, but crucially, also more resilient in the face of a “volatile, uncertain, complex and ambiguous (VUCA) environment.” In a blog post (the full research is only available to IDC clients), IDC asserts that a lot of pre-pandemic approaches to IT resiliency largely failed to protect companies from disruption, forcing businesses to hastily adopt new ones.

“IT resiliency plans based on classic data backup/replication and failover to secondary data centers in unaffected areas proved impractical as IT teams struggled to gain physical access to either primary or secondary locations and faced major network performance bottlenecks,” IDC states. “This struggle triggered a sharp increase in the use of colocation-based facilities with robust network interconnect options.”

Companies were forced to quickly reconfigure pre-pandemic approaches to data center resiliency and put tactical responses in place. IDC argues that the next step forward is to implement true digital resilience. This is based on aligning two previous (largely separate) areas of resiliency planning:

As covered in our previous must-read research article, IDC is not alone in thinking about digital resilience for not only this pandemic but future threats. What makes the index different is that it attempts to quantify the progress being made. “To prepare for future business disruptions, organizations need plans that will enable them to rapidly adapt as opposed to just respond,” said Stephen Minton, vice-president in IDC’s Customer Insights & Analysis group.

If Ali had simply responded, rather than adapted, the Rumble in the Jungle might have ended quite differently. But what specific digital resilience strategies should organisations be adopting? According to IDC, the index tracks how technology investments will vary over time based on changing conditions. These investments fall into three distinct categories, and there is already evidence of firms adopting these different approaches:

Just as Muhammad Ali went on to face more opponents, including his eventual battle with Parkinson’s disease, it’s obvious that the current pandemic won’t be the last major disruptive event organisations will face. But hopefully shifting to a distinct digital resilience strategy will mean that more businesses will hopefully find themselves bouncing back off the ropes to be “the greatest” at what they do.