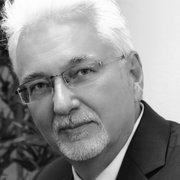 Santa has many little helpers, but many of them don’t have the skills to ensure that his sleigh is secure 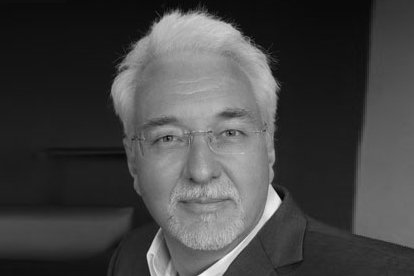 A flying object like Santa’s sleigh can’t afford to slow down. Christmas is the busy season, and the element of drag could either make it sluggish or even stall altogether. Now, with so many presents to deliver to expectant children around the globe, Santa can’t afford for either of these issues to arise. Similarly, Santa doesn’t want his data centre and his wide area networks (WANs) to be stalled by data and network latency issues because they can lead to packet loss.

Drag and latency therefore act similarly, although they do relate to different things. To prevent them from causing any downtime or from adversely affecting operations, Santa needs to ensure that he has already invested in a solution. In IT terms, one solution might well be edge computing. By being close to the data source, organisations can mitigate the effects of network and data latency.

Reference.com says: “Around 2 billion people worldwide celebrate Christmas every year. According to History.com, it has become one of the biggest holidays of the year in many countries, as it is now often celebrated by Christians and non-Christians alike.”

Although Santa’s focus is on children, many of these people will either be a child, with at least one in each family. Santa therefore takes the problems associated with drag, data and network latency very seriously. From an IT perspective, this means Santa prefers to invest in solutions now to secure and accelerate his sleigh. After all, being as prepared as possible for every eventuality is the best insurance policy. 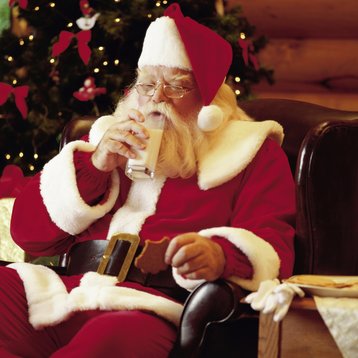 DCD’s own Peter Judge comments that he sees Santa’s delivery as an example of the kind of edge application that would overwhelm today’s networks. With increasing data volumes, that may certainly be true, which means all options should be considered to ensure that latency doesn’t cause havoc during the festive season and beyond.

Although Santa has a sleigh that can travel at the speed of light, he can’t keep going back to the factory or to his e-commerce and retail partners to re-stock his sleigh.

What he needs is a series of warehouses scattered around the world to stock the toys or other kinds of presents so that he has less distance to travel to get them. By improving efficiency this way, Santa hopes to ensure that every good child across the globe receives a present from him.

Now, we all know children (and some adults) change their minds at the last moment or still haven’t made their mind up at all. Therefore, Santa needs a way of moving data – sorry, I meant his gifts, to children around the world at high speed. Without this, some kids will have to wait a long time for their toys, video games consoles and other presents to come from the North Pole. This is exactly what happens with edge computing.

Santa expects his reindeer to keep fit. Slow sleigh performance is as bad as poor network performance! In IT terms, edge computing is only one solution. Another one is data acceleration with solutions, such as PORTrockIT, which uses machine intelligence to enable organisations to transmit and receive large volumes of encrypted data, process it at speed and at a distance between different datacentres and disaster recovery sites. These datacentres needn’t be close together; they can be located in different parts of the world without latency-strangling data and network performance. Furthermore, with data acceleration, e-commerce providers can be optimised for several types of websites to allow retailers and e-commerce providers to transfer their websites across the globe.

Once his work is done, Santa likes to watch a bit of TV. It’s a busy time for broadcasters too, and to ensure that they can maintain their services, they will need to be able to send video data between datacentres spread across the world in as close to real-time as possible. Broadcasters may also be working on the latest Christmas blockbuster, with some of the team based in the UK and others located in, for example, the US.

To ensure the task is completed effectively, broadcasters, social media companies, advertisers, and e-commerce providers may therefore want to use a datacentre in each country, while backing up the data to another disaster recovery site with datacentre assistance. Much will depend on network connectivity available at each point, but data acceleration can enable them to move data around the world with each in a way that WAN optimisation solutions can’t do. For example, data acceleration can permit encrypted data to be sent over a WAN, but WAN optimisations solutions tend to be more forbidding, and they often can’t handle the transmission of encrypted data.

Santa’s retail and e-commerce partners are keen to maintain uptime too. This requires having datacentres that offer a high level of reliability and security, with the ability to switch over quickly to one or more disaster recovery sites whenever human error, a hacking event or technical issue arises. A slow e-commerce site can lead to customers clicking over to buy goods and services from a rival. Data and network latency can also make it harder for them to analyse the big data that will be created by what speculators hope will be a frenzy of online shopping activity to beat Black Friday’s sales.

Internet Retailing magazine says, “IMRG figures show that the amount spent on UK online retail sites on Black Friday 2017 was up +11.7% to £1.39bn, according to data from IMRG. This was ahead of the original forecast of +9% growth for the day. Of that spend, 39% was completed on a smartphone, with the device taking the highest share of sales against desktop and tablet.”

However, children and their parents want to organise their Christmas stockings, much of the e-commerce data analysis can either be achieved with edge computing or with data acceleration. The key need is to ensure that the data analysis occurs in real-time. Latency will make any analysis less timely and less accurate. Another consideration is datacentre risk calamity during a natural disaster if they are located too close together, within the same circles of disruption.

With edge computing, latency might be mitigated, but the data may also be held within the same circles of disruption with disastrous consequences when disaster strikes. So, for the sake of business continuity, some data may still have to be stored or processed elsewhere, away from the edge of a network. Sometimes, with Internet of Things (IoT) devices, which Santa loves to use, it makes sense for certain types of computation and analysis to be completed, for example, by the Santa’s sleigh. However, much of this data should still be backed up via a cloud connection whenever it is available.

Even retailers and e-commerce players need the ability to back up, secure, store and analyse data in the cloud at speed. Like Santa, they’ll need to have the capacity and capability to retrieve the data quickly, too. So, edge and cloud computing are likely to follow more of a hybrid approach than a standalone one. Equally, data acceleration may be used to further mitigate latency.

After all, the faster the data flows, the easier it will be for Santa to secure his sleigh. In e-commerce terms, the risks of data being stolen and their sites hacked is potentially reduced. Retailers need to also ensure that their baskets are secured to enable everyone to have a “Merry Christmas!” The last thing customers want is for their data to be pinched, and so data security can make or break a company’s brand reputation. Santa wants to keep children happy too, and so he needs to ensure that everything that goes into his sacks is secure while his sleigh is in flight.

Santa has many little helpers, but many of them don’t have the skills to ensure that his sleigh is secure. Many organisations are facing a similar issue, due to a skills shortage. So, one answer is to outsource to at least two or three datacentres that already have a plethora of the required skills to maintain operations over the Christmas period and beyond. But a good datacentre will still require excellent network infrastructure to support the festive season’s activities.

Fortunately, Santa thinks that due diligence is a must. So, he believes in spending his time to find the right datacentre, asking essential questions related to this. This due diligence shouldn’t stop once a datacentre contract is signed. Performance, reliability and security should be reviewed regularly. After all, so many people are depending on them and Santa to make Christmas 2017 one of the most memorable ones they have to date.

To achieve this, Santa and his partners want to focus on service and business continuity. Data acceleration could therefore be the answer to their prayers and, if used wisely, edge computing could also play a role in securing Santa’s sleigh. The key thing is to avoid getting too close to the edge, because so much can also be analysed and backed up securely from afar these days. The only thing that can stop Santa now is his waistline, but he says he’ll be coming to a chimney near you soon.