Late last week we suddenly heard that Apple is canceling a data center it was ready to start building in Aabenraa, Denmark, and instead will expand its soon-to-be-completed Viborg data center. There have been so many stories about Danish data centers the cause might seem mysterious, but we think there was only one fundamental reason for the decision.

A couple of years back, Denmark became a popular destination for hyperscale operators, with Apple, Facebook and Google all making strong commitments to building there. The country has good local skills, plenty of renewable energy and a good environmental record, so why wouldn't they? 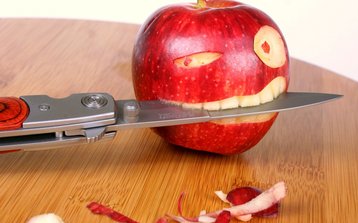 Apple and Facebook had such a good Danish experience, they each swiftly planned a second bite. Apple began back in 2016, and Facebook bought land in 2018, but canceled its plans for a second site earlier this year.

It's tempting to read something into this. Is it possible that the US giants, used to getting their own way where tax and employment are concerned, are getting frustrated at the European nation's insistence on companies observing employment rights and paying their way?

Maybe, but there's a more obvious and much simpler explanation for Apple's change of direction.

Although the company runs its own giant data centers to serve its customers with iCloud and other online services - including a planned launch of streaming media - the company has been revealed to be a very big spender on public cloud services, including AWS, and Google Cloud, CNBC reported that Apple will be spending $1.5 billion on AWS over the next five years.

Buying services for companies with whom it competes may stick in Apple's craw, but it's inevitable it would happen. Target and Walmart can leave AWS and and go to a different cloud provider because of AWS's retail activities, but Apple doesn't have the same options. All cloud providers compete with it and in the case of Google, it's more extreme as Google competes with Apple's flagship iPhone.

If Apple wanted to avoid giving business to the competition, it had to bring its data center activities in-house - and that is probably not really going to be cost-effective.

Why is that? Apple has more money than any company can know what to do with. And it certainly needs a large enough quantity of data center capacity to make it possible for it to build within the same kind of margins it would pay to a third party.

It doesn't need as much storage as much as Facebook, we'd guess, but probably uses way more than a player like LinkedIn, which ran its own data centers before its purchase by Microsoft, and which even designed its own data center hardware.

We would suggest that Apple increasingly finds the whole thing unsustainable because of its secrecy and its unwillingness to share. Facebook and LinkedIn both founded industry movements to share hardware designs in a more-or-less open source manner, thereby driving down costs and enlisting the help of others in building the kit.

Apple tends to go it alone. This attitude once led its entire networking team to quit, according to a widely-reported story. The group wanted to adopt OCP technology as a way to increase reliability and stop re-inventing the wheel. When Apple refused, they walked out of the door.

In 2015, Apple surprisingly actually joined the OCP, and was rumored to be taking on OCP kit. But very little has been heard about any involvement since, so we can assume this was a test run, or a PR exercise.

Apple's insistence on thinking different may mean that its networks are insanely great but, like the company's phones, they are also probably also insanely expensive. While the high price of the gadgets is a plus on the balance sheet (as long as the customers stay on board) expensive data centers are cost centers.

We can also surmise that Apple doesn't always find building data center easy. Back in 2015, it was full steam ahead. Apple announced plans for two data centers in Europe (in Ireland and Denmark), and the following year increased this to three, when the Aabenraa site was chosen (presumably in a hurry, from an alphabetic list of Danish towns).

Move the clock forward, and none of those facilities are open. The Irish site was canceled after years of delays in planning, Aabenraa has been snuffed out, and Viborg is way behind schedule. In April, Apple fired the Viborg project's main contractor, work on the facility ceased for a time, though Apple now says the site is nearing completion (around two years late).

The problem is Apple's not Denmark's

The chaotic cancellation says more about Apple's internal politics than any Danish issues. As the Aabenraa authorities say, there are plenty more hyperscalers out there, and construction continues apace in the country.

We would be prepared to bet that senior people within Apple called the costs into question, while at the same time pointing out that the company can easily absorb the price of hosting on AWS or any other cloud service provider.

We wonder if the company's other data centers will eventually go the same way, as the whole thing looks more and more like an expensive vanity project.