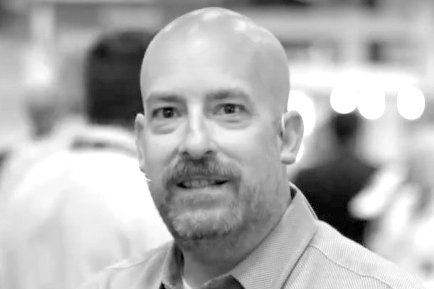 The concerns holding back IT decision-makers from virtualising their infrastructures have been widely discussed, with many hesitant to invest in the software-defined revolution that’s disrupting business IT. While a gap still remains between understanding and deployment in many organisations, perceptions of the software-defined data centre (SDDC) as a long-term goal might well be outdated, as European businesses progress with their software-defined strategies faster than perhaps thought.

Our insights are drawn from a survey of over five hundred IT professionals at VMworld 2015, which revealed that a fifth of European businesses believe they have already achieved a complete SDDC.

Businesses are becoming increasingly aware of the increased flexibility, efficiency, speed and cost savings that software-defined infrastructure can bring. The ability to deliver scalability and provision applications in minutes are vital requirements for the modern enterprise and a huge step towards ’as-a-service’ IT. According to a Gartner report from September 2014, SDDC was “in the early stages of maturity and will change significantly over the next five years.” Our research a year on suggests that awareness is beginning to translate into concrete implementations, with many organisations well on their way to realising the goal of a virtualised data centre infrastructure.

The survey shows that 20% of IT decision-makers believe they have already achieved a fully software-defined data center, with a further 46% claiming that their companies have achieved a partial SDDC, suggesting that 66% of firms have either a fully or semi-SDDC environment.

Our results also demonstrate that 33% of businesses are serving customer applications via a SDDC, with a further 22% planning to complete proof of concept (PoC) and have technology implemented within 12 months. Shifting the intelligence of IT operations to the software is a logical step, one that more European businesses seem to be taking; advances in software-defined networking and storage will naturally come together in the data centre and herald the continued rise of the SDDC.

Despite a significant number of organisations advancing faster than expected with their software defined strategy, the survey also revealed that as many as 30% do not see themselves as having a true or partial software-defined data centre. Furthermore, 18% of respondents highlighted that their businesses have either not completed a proof of concept nor do they have any plans to develop a software-defined architecture strategy. This shows that despite the advances made by many businesses, a significant number still have a long way to go to develop software-defined infrastructure, something that can be attributed to several challenges.

Locking down security: the key to SDDC adoption

Unsurprisingly in the current context of data breaches and cyber attacks, security remains at the top of the CIO agenda, with 56% of respondents listing it as the main priority to them over the next year, notably ahead of IT cost reduction (34%), increased agility (30%) and mobility (25%). Similarly, security was cited as the most significant barrier to delivery of the SDDC over the same time period, highlighted by 34% of businesses.

It is vital that businesses not only implement solutions that detect attacks and lock down data before they do real damage, but also educate employees about best practices in protecting company data. Despite other obstacles such as end-user confidence, high costs and even cultural challenges, it’s clear that a secure SDDC is the priority for the majority of businesses.

Undoubtedly, software-defined technology represents a huge disruption to the way businesses develop their IT infrastructure, making operations more convenient and scalable. While there may be variations in what organisations consider to be a ‘fully’ SDDC, what is becoming clear is that organisations are further down the road to virtualisation than general perceptions might reflect. Regardless, significant barriers to adoption remain, presenting a challenge for businesses and the industry as a whole to develop secure, efficient solutions which deliver on all enterprise requirements.

Paul Pindell is a senior solutions architect at F5 Networks.