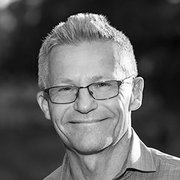 The history of this industry shows that not every concept is a good idea. In 2021, the Edge must prove its worth - and Covid-19 might be its opportunity

In the early part of 2020, Amazon opened a grocery store in Seattle without cashiers. Customers’ phones were scanned as they went into the store and a combination of cameras and sensors detected what had been placed into the basket. The Amazon account was debited when the person left the store. This challenged the conventional (sometimes frustrating!) experience of this chore. With the onset of the pandemic shortly after this milestone, other industries turned heavily to technology to assist in aspects like social distancing. Fundamentally, it was about harnessing technology to make humans feel safer in these challenging times.

I have been spending some time thinking about how technology is going to fundamentally change the experience in businesses. The reality is that a lot of the concepts people explored today have been around for years. Kevin Ashton certainly coined the term IoT back in 1999 but the reality of connected objects interacting which each other has been around far longer. 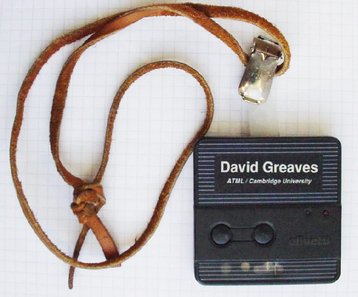 I remember seeing a demonstration (everyone these days would refer to it as a proof of concept) at Olivetti Research in 1990 of an access card reader which would control the booting of a PC to a specific configuration, based on whose card had been used. Machine to Machine, no cloud. Local processing. The challenge with that demo was that it was “technology because we can” as opposed to solving a specific business issue. Frankly a lot of modern day proofs of concept haven’t proceeded further because they were unable to show value to the bottom line; indeed some caused more harm than good (just because it is connected, doesn’t make it a good idea).

Projects that can show a meaningful contribution to the business are going ahead. One of the well discussed ones in factories has been predictive maintenance since any improvement to the “uptime” of a production lines increases the number of goods built. (and vice versa). Covid-19 rattled all of us to the core and in 2021, quite a few technology deployments will be related to Covid-19 factors, fundamentally focused on making humans feel safer. We will see some companies revamping the factory floor to optimize the use of robots and humans. That said, with budgets being tight in 2021 for many companies, I think the majority of projects will be associated with brownfield locations; companies that are looking to improve the efficiency of a business with minimal investment in new infrastructure.

In 2020, digital transformation efforts accelerated as leaders understood it will be the difference between companies succeeding and disappearing. In the year ahead, digital transformation will play an especially critical role in ensuring agility. Reasons like reducing reliance on network availability, processing latency, cost and privacy reasons will see a significant amount of processing shift to the edge, specifically mission-critical, as that is how we will address the need for the real-time implementation of complex decisions.

If I cut through some of the extra buzzwords that are thrown around, there is a need to get real-time feedback on how the factory is operating (referred to as “OT” or Operational Technology) and combine that with the information technology (IT) software that is driving how the factory should be operating. Machine to machine…No cloud. Local processing…

For Covid, this will include sensors to helping with proximity measurements and even sensors to detect equipment needing to be cleaned. One big trend is that the location of where data is being generated will become as important (potentially more important) as the data itself. We will see conversion of certain functions to robots to help keep humans distanced. Even in the era when Covid vaccines exist, there will still be concerns about people being too close to each other for long periods of time. Workers will remain concerned about proximity with other individuals for a significant period of time and who knows what new mutated strains or other medical discoveries lie ahead. For some businesses when the implementation of new infrastructure such as robots is too cost- or time-consuming, I feel we will see the increased use of specialized applications on mobile phones in the workplace to keep people separated [Or maybe the revival of Active Badges, another Olivetti Research proof of concept from the 1990s - Editor]

What should we expect to see in factories this year (and beyond)? Clearly, there will continue to be people working; just like the failed experiments with robots checking inventory in retail environments, humans continue to perform certain functions better than automated equipment can. We can expect to see fewer clipboards and less paperwork in operation for tracking the state of the business. That will be performed with networks of (cheap) sensors which will be connected to the IT networks so that more informed operational decisions are made locally. Initially this will be connected into existing equipment as opposed to the installation of brand-new infrastructure. Ultimately, we may see more robotic technology moving inventory between locations. Will we see edge computing take on a bigger role in 2021? We shall see.