While in Manchester, a health service trust’s network also went down

NHS Wales’ data centers experienced unidentified technical issues yesterday, according to the BBC, as a result of which general practitioners across the country were unable to access patient records.

Both of the health services’ data centers, located in Blaenavon and Cardiff, were offline for 2 hours, affecting NHS IT systems across Wales. Around 3pm (GMT) yesterday, the NHS Wales health IT team tweeted that “a technical issue” was affecting two facilities, assuring that the informatics service was investigating the problem, which it said was “being dealt with as a priority.” 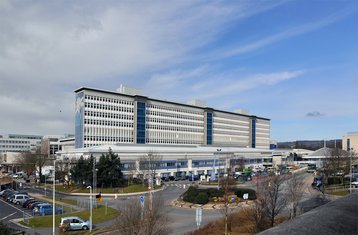 The service reportedly came back online two hours later, and the Department for Health and Social Services, also on Twitter, issued the following statement:

The NHS Wales Informatics Service have confirmed that all systems are now back although there may be a backlog affecting some areas. They have assured us that there were no data security issues. 1/2

The chairman of GP Survival UK, Allan Woodall, told the national broadcaster that the problem had “severely inhibited” his and his colleagues’ ability to provide patient care.

Dr David Bailey, chairman of the British Medical Association’s Welsh council told the Telegraph that they had received reports of issues with all online services, causing a “major disruption to the NHS at a time when demand is already unprecedented.”

In parallel, reports The Register, NHS services throughout the Greater Manchester area suffered downtime as well. At 2:50pm, the Manchester University Foundation Trust issued a statement explaining that the Central and Trafford University hospitals were experiencing “a network outage.”

It issued another statement two hours later announcing that all systems had been restored, and that disruption had been kept to a minimum during the outage thanks to the trust’s business continuity plans, which involved back up paper patient records.