VMware to rebuild vSphere on Kubernetes

After 20 years in which it has turned the computer industry upside down, VMware is rewriting its revolutionary virtualization software to use a new and more flexible approach: containers.

It was the "most significant rearchitecting" of its vSphere software for a decade, VMware CEO Pat Gelsinger declared at the annual VMworld conference in San Francisco yesterday. 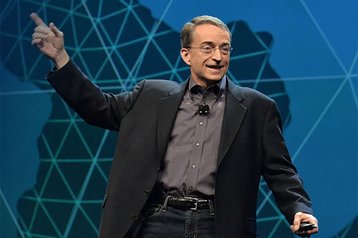 VMware is rebuilding its software to incorporate Kubernetes, an open source system for software "containerization" originally designed by Google, said Gelsinger. Containerization has been seen as a successor to virtualization technology - and a threat as well, in a sector where VMware's proprietary software has been top.

VMware transformed the computer industry with its vSphere virtualization software, which lets people run software applications on virtual machines (VM) instead of dedicated hardware, so that they can spread their load around different computers as their circumstances change. Containerization was even more flexible because containers were abstracted from underlying hardware completely, and applications are packaged in containers which carry the services they need.

Gelsinger suggested VMware had taken the threat head on in a conference call with financial analysts last week.

"The transition to Kubernetes is underway and the time to move decisively is now," he said.

The decisive act, he said yesterday, was Project Pacific - the code name VMware has given its scheme to rewrite vSphere to use Kubernetes containers. At the same time, VMware said it was buying back Pivotal, a cloud software company it originally spun off in 2012.

Pivotal would be instrumental in VMware's move to containerization, said Gelsinger. Pivotal, which spun out of VMware and its parent EMC in 2012, produced open-source cloud-building tools.

Project Pacific's first step will be VMware Tanzu - a suite of tools to make its software work with Kubernetes. It included Tanzu Mission Control - a dashboard for managing Kubernetes clusters, wherever they are running. It included a "technology preview" of Project Pacific itself as well.

Three years ago, VMware announced a version of its software that could be used on Amazon Web Service's public cloud. At this year's VMworld, it published a report it said showed VMware was cost effective when run in an AWS cloud.

VMware did not give a release data for Tanzu. But it published details on the web.