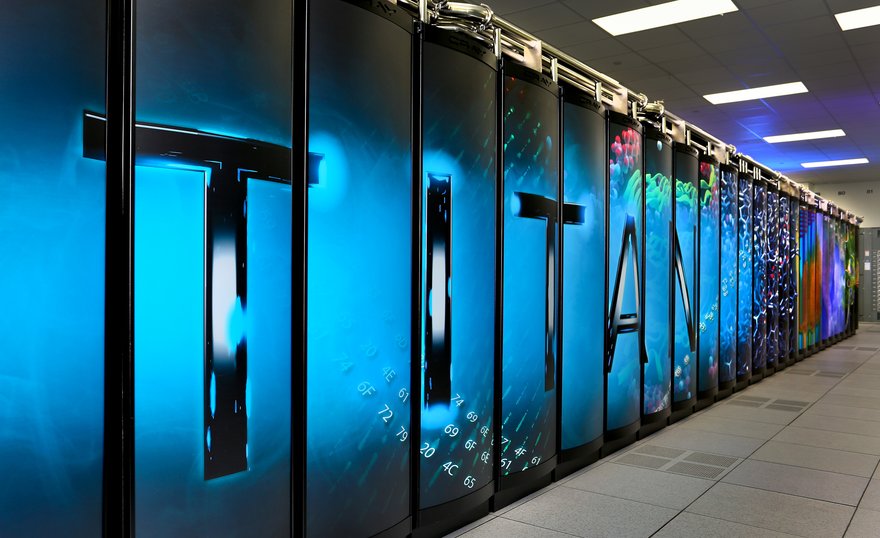 The US Department of Energy has announced plans to build two new GPU-accelerated supercomputers, codenamed ‘Summit’ and ‘Sierra’.

Both are set to be considerably faster than Tianhe-2, currently the world’s most powerful system, developed by China’s National University of Defense Technology. However, they will not arrive until 2017, and the Top500 might look very different by the time they are switched on.

Summit and Sierra will be based on Nvidia Tesla GPUs and POWER CPUs from IBM. They will also feature NVLink – Nvidia’s high-performance interconnect technology that sits between GPU and CPU, enabling much faster data exchange.

Space race? Supercomputer race!
The cost of the project to be delivered by IBM and Nvidia stands at US$325 million. The new machines will consist of thousands of heterogeneous compute nodes, seamlessly switching between GPUs for 90 percent of the workloads, and CPUs for the remaining 10 percent.

The GPUs will be based on the upcoming Volta architecture, two generations ahead of Nvidia’s current Maxwell silicon. The energy-efficient CPUs, based on the Reduced Instruction Set Computing (RISC) architecture, will be supplied by IBM. They will be supported by more than five petabytes of dynamic and flash memory.

Summit is expected to deliver at least 150 peak petaflops of performance  - almost three times more than the output of Tianhe-2 (55 peak petaflops) - while using just 10 percent more power than Titan. It will be used for a wide variety of simulations, open to scientists from all over the world.

Sierra will deliver at least 100 peak petaflops, but its use will be limited to the US Nuclear Security Administration employees.

The partners hope that experiments conducted with the help of these impressive machines will lead to greater US energy independence, help find new approaches to curbing climate change, improving fuel efficiencies and predicting natural disasters.

“Today’s science is tomorrow’s technology,” said Jen-Hsun Huang, CEO and co-founder of NVIDIA. “Scientists are tackling massive challenges from quantum to global to galactic scales. Their work relies on increasingly more powerful supercomputers. Through the invention of GPU acceleration, we have paved the path to exascale supercomputing – giving scientists a tool for unimaginable discoveries.”

Nvidia called the announcement the first major milestone in its ongoing partnership with IBM, announced in November 2013.