New count of government facilities, and it looks like consolidation is going backwards

A new count of US government data centers is bad news for the campaign to consolidate and save money: it has uncovered 2000 more data centers, so the count hsa gone up, instead of down.

The US government has been running a Federal program to shut down and consolidate data centers for five years, but it seems to have more facilities than ever, as more are discovered by the reporting process. The latest count appears to have added 2000 data centers to the tally, even though more than 3000 have been closed down since the program began in 2010. 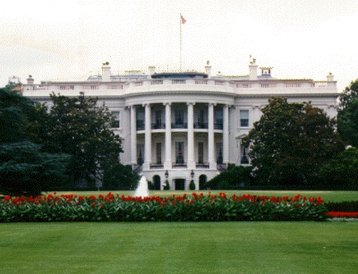 In the 2014 count of data centers eligible for shutdown and or consolidation under the 2010 Federal Data Center Consolidation Initiative component of the Federal Information Technology Acquisition Reform Act, the Government Accounting Office reported that it had counted 9700 data centers that could be considered part of the effort. In the GAO report this month on the progress of the program, the GAO reported that it now counted 11,7000 data centers, or 2000 more than last reported, in spite of efforts in some branches of government that had resulted in the shutdown and consolidation of dozens of facilities.

Under FITARA, agencies are required by law to be held publicly accountable for accounting for data centers, their costs, closures, and savings achieved. While five agencies, Commerce, Defense, Homeland Security, Treasury, and Transportation have been aggressively planning the shutdowns and closing and consolidating identified data centers, with their actions representing over 90 percent of the budget savings so far achieved, the vast majority of government agencies have been somewhat lackadaisical in their approach to the mandate.

Itr is possible that many of the smaller agencies are looking to piggyback their shutdowns on the deployment of governmental clouds, which they can make use of for their own needs, and which has already been happening with the larger agencies, it is more likely these so far non-compliant parts of the government are not yet making FITARA a priority. With the current closing having been reported to have saved over $2.5 billion it is clear that inroads are being made, but if the number of identified data centers grows at a pace that outpaces closings (1000 additional identified between 2013 and 2014, now 2000 more), one has to wonder exactly how effective the initiative will be at achieving a more effective and efficient use of government monies in providing technology services.