The US Department of Defense will install seven new supercomputers at the Air Force Research Laboratory (AFRL) and Navy DoD Supercomputing Research Centers (DSRCs), with a combined capacity of 14 petaflops.

The purchase of the HPE SGI 8600 systems brings the total computing power of the DoD’s High Performance Computing Modernization Program (HPCMP) to 47 petaflops.

That’s a lot of Skylake

The Navy DSRC at Stennis Space Center, Mississippi, will receive three HPE SGI 8600 systems based on the same Xeon Platinum:

The seven systems for the DoD, which are set to enter production service in the second half of 2018, mark HPCMP’s last investment of the fiscal 2017. The Department of Defense Appropriations Act of 2017 set  the program’s budget at $222.19 million.

In a 2016 presentation, Dr Reed Mosher of the US Army’s Information Technology Laboratory (ITL) explained the DoD HPCMP footprint at the time: 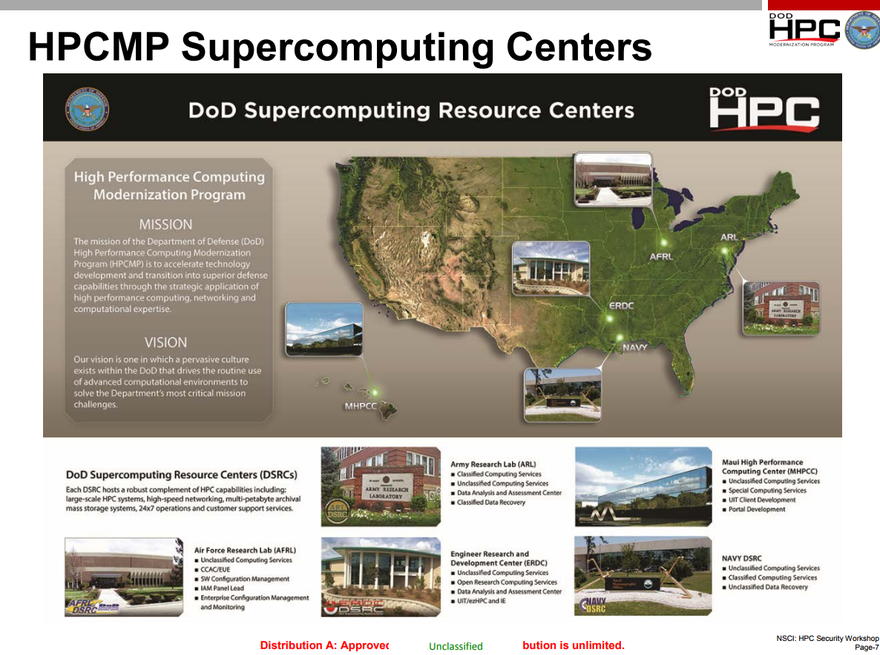 In addition to AFRL and the Navy DSRC, the program includes the Army Research Lab in Maryland, the Engineer Research and Development Center in Mississippi and the Maui High Performance Computing Center in Hawaii.

Last year, AFRL announced that it would partner with IBM on a ‘brain-inspired’ high performance computing system powered by a 64-chip array of the IBM TrueNorth Neurosynaptic System. The company claims that the system’s pattern recognition and sensory processing power will equal the performance of 64 million neurons and 16 billion synapses, while the processor will require just 10 watts of power.