UK Ministry of Justice CDIO: "Amazon is probably better at hosting than you"

But he is no fan of Oracle

The chief digital and information officer (CDIO) of the UK’s Ministry of Justice has opened up about the ministerial department’s efforts to embrace public cloud, reasons why it sticks with the large players, and what’s wrong with Oracle.

In a talk at Data Centre World this week, Tom Read told attendees: “If government can do cloud, then anyone can.” 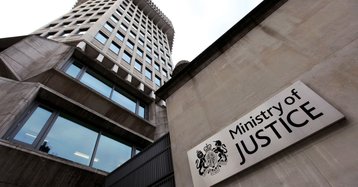 “Ignore me if you’re going to get offended - Amazon is probably better at hosting than you,” Read said. ”They’re really good at it. They have massive capacity, scalability, their business is based on being secure. So let them do it.

The MoJ has taken this approach to heart, and is using ‘cloud by default’: “We think the cloud’s just better,” Read said.

As for other cloud providers, Read was rather blunt: “We get a lot of [people] challenging us about procurement - why can you just buy Azure or AWS, don’t you need to be fair and let everybody in the market come to the table? And it’s really hard, because the answer is ‘no, they’re better.’”

The shift to cloud has not been completely without fault, however, with legacy systems still an issue.

“We’ve had a lot of problems with - does anybody here work for Oracle?” Read asked his audience. No one raised their hand.

“Good. We’ve had a lot of problems with Oracle systems, so databases and things built on Oracle forms, using Oracle middleware, basically anything Oracle, sitting on Spark kit, is really hard.

“What we’re finding is, we can’t just move it to public cloud - we can move it to Oracle’s public cloud, but we’re not going to do that - so we basically have to convert it from Spark to x86, recompile the applications and then move that.”

For these systems, the MoJ “basically need to do two or three hops to get to public cloud. What we’re doing is we’re not doing hybrid, but where things are going to cost way too much to move to public cloud, we’re putting it in IaaS and PaaS and using UK Cloud and Carrenza and a few other places.”

Read admitted issues like these have kept the MoJ from using public cloud exclusively, but remained resolute that the more the ministry used cloud, the better. He said: “We don’t want to be focused on infrastructure, we want to build better services.

“At the moment, we’ve got a bunch of systems that are still in on-prem data centers, supported by a third-party supplier who controls the means of making changes to that thing, and it’s really, really difficult to iterate and be agile and actually try things out with users. If you’re doing server admin by email, it’s really hard.”