The company last week had a groundbreaking ceremony to begin work on the second of the total of four planned buildings for a total of 15MW when fully developed. 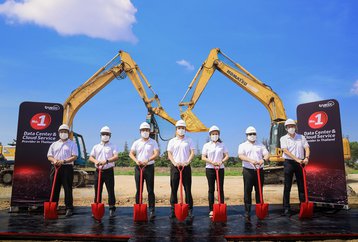 Sitting on eight acres, the first phase of development was completed in in 2019, and the second phase will be ready for service in 2022. The new facility will supply up to 12kW per rack, and reportedly is partly pre-leased.

The company said at full build out the company will have invested 3,000 million baht ($91.5 million) in the campus.

True IDC GM Theerapun Charoensak said: “Thailand has been classified as a high growth market... It is a good opportunity to drive our business to become the foundation to support and build on other business operations that will gradually grow in the digital era."

"We will maintain our excellence in business operation, increase our technology and innovation capacity, improve customer service, join hands with new partners and develop solutions that respond to the clients’ needs in order to keep standing as the number one in the market.”

In September Bloomberg reported that Charoen Pokphand Group was considering a sale of True IDC, which could fetch around $200 million.