TikTok sues US government over ban and forced sale

TikTok is suing the US government, in a bid to block President Trump's executive orders which would ban the application in the US or force the sale of its US subsidiary.

The social media company, owned by ByteDance of China, argues that the move was political in nature, and ignores the "great lengths that TikTok has gone to in order to demonstrate our commitment to serving the US market".

Microsoft and Oracle are both in bids to buy the TikTok's US division and other parts of the company, after President Trump first set a deadline of 20 September for companies to cease doing business with TikTok, and then demanded that the company sell its US arm. The President appears to favor Oracle. 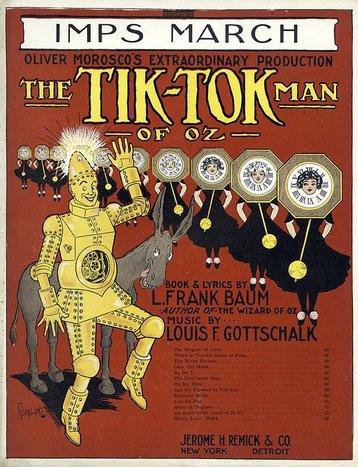 "We do not take suing the government lightly, however we feel we have no choice but to take action to protect our rights, and the rights of our community and employees," says TikTok in a blog explaining the move. "In our complaint we make clear that we believe the Administration ignored our extensive efforts to address its concerns, which we conducted fully and in good faith even as we disagreed with the concerns themselves."

The company denies that it is any security risk, and says that 100 million Americans use TikTok as a platform where creators "express their creativity, reach broad audiences, and generate income" and US brands "connect with consumers more authentically and directly than they can elsewhere" . The company has more than 1,500 employees in the US who "pour their hearts into building this platform every day", and says it is planning to create 10,000 more jobs in states including California, Texas and New York.

TikTok dismisses the administration's security concerns as "speculative" and says that its extensive efforts to demonstrate that user data is safe and the application cannot be manipulated by the Chinese were "ignored". The company repeated that it stores US data outside China (where ByteDance operates a separate app) and has software barriers to keep US users' data separate.

The company says its activity does not pose a "bona fide national emergency", so the government's action is not justified by the International Emergency Economic Powers Act (IEEPA), under which the Administration made the orders. TikTok says it has had no notice or any chance to be heard, which breaks the the Fifth Amendment.

TikTok says it spent a year explaining itself to the Committee on Foreign Investment in the United States (CFIUS), only to see the committee pass judgement that its activities posed a national security risk, five minutes before a deadline on 30 July. CFIUS' letter was "based on outdated news articles, failed to address the voluminous documentation that Plaintiffs had provided demonstrating the security of TikTok user data, and was flawed in numerous other respects," says the blog.

Meanwhile, President Trump has expressed support for Oracle's bid to buy Tiktok's US arm, apparently in preference to a bid by Microsoft which he earlier favored. The Oracle bid is being driven by two venture capital firms which are Trump supporters - both of which also have seats on the board at TikTok's parent ByteDance, according to The Wall Street Journal.

For its part, ByteDance would prefer to sell to Microsoft, according to the WSJ's sources. Not only does Microsoft have sufficient capital to buy Tiktok's US arm (and its Canadian, Australian and New Zealand divisions which are under the same management), it also has more of a claim to experience in the consumer sector - and ByteDance CEO Zhang Yiming briefly worked at Microsoft.

However, Oracle founder and chairman Larry Ellison is a Trump supporter, having held a fundraiser for the President in February, and Oracle CEO Safra Catz also supports Trump's re-election efforts, which might explain Trump's apparent shift.

Finance firms General Atlantic and Sequioa Capital both have board seats at ByteDance, held by Sequoia’s seat head of China Neil Shen, and General Atlantic's CEO Bill Ford, and WSJ's sources say the two companies are "pushing the potential Oracle bid", despite a potential conflict of interest: as ByteDance board members they are bound to maximize the value of the asset, while as representatives of General Atlantic and Sequoia, they want to get hold of the business at the lowest price.

General Atlantic's Bill ford, and Sequoia's global managing partner Doug Leone, are involved in the Oracle bid according to the WSJ - and between them they have donated tens of thousands of dollars to Republican candidates and the president’s re-election effort.