TierPoint to build another data center in Tulsa

With help from Compass

American hosting company TierPoint is planning to build a second data center near Tulsa, Oklahoma, in partnership with Compass Datacenters. Located in Broken Arrow, this will be TierPoint’s fourth facility in the state. 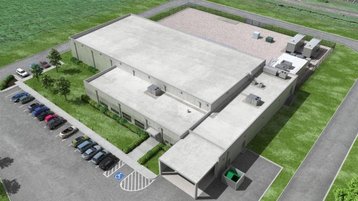 “Access to reasonably priced land and electrical power have made Oklahoma one of the nation’s most inviting data center locations,” TierPoint VP and GM Todd Currie said.

“We’ve seen growing interest in enterprise-class IT solutions in both Tulsa and Oklahoma City, including cloud, colocation, disaster recovery, security and other managed services.”

But the company’s most effective way of growing has been through acquisitions.

Founded in 2010, Cequel “performed a vast variety of acquisitions throughout its history,” according to datacenterHawk. The company bought TierPoint in 2012, and adopted its name.