The OpenStack Foundation grows beyond OpenStack

Kata Containers and Zuul are new open source projects, fully independent from the cloud platform that started it all

The OpenStack Foundation has made a considerable change to its development process and governance structure by introducing two open source projects that are not part of the OpenStack cloud platform.

This week, the organization launched version 1.0 of Kata Containers - a runtime system with an emphasis on speed and security, enabling users to boot a VM in as little as five seconds - and introduced a brand new project called Zuul, spinning out the software development and integration platform that has been used by the OpenStack community internally since 2012.

Both projects were demonstrated at the OpenStack Summit in Vancouver this week.

Three for the price of one

OpenStack is not a single piece of software, but a system of inter-dependent modules or projects, each serving a narrowly defined purpose, like Nova for compute, Neutron for networking and Swift for object storage. To date, more than 40 projects have been integrated into a common platform; nine of them enable ‘core functionality’ while the rest deliver optional features, like load balancing or support for Network Function Virtualization (NFV).

This model has seen a considerable change in the past six months, with the introduction of the latest crop of projects – two of which don’t require users to run OpenStack, at all.

The most important thing to know about Kata Containers is it’s not actually about containers, in the sense of Docker and Kubernetes – instead, the project relies on “extremely lightweight” Virtual Machines (VMs) that feel and perform like containers, but provide the workload isolation advantages of VMs. 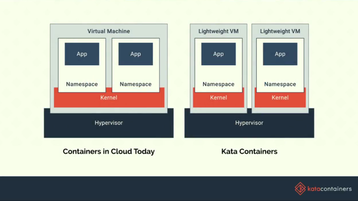 While traditional Linux-based application containers all rely on the same host kernel, with Kata Containers, each lightweight VM contains its own kernel. And yet, the project offers complete integration with both Docker and Kubernetes.

“One of the things that brought these projects together was the goal to use the same technology that is used to secure virtualization and virtual machines, but in containers,” explained Imad Sousou, VP and GM of the Intel Open Source Technology Center, during his keynote at the Summit. “We’re very excited about Kata Containers.”

Since Kata relies on the properties of the CPUs, as well as software, the project presented a rare occasion for Intel, AMD and Arm to all work together on a common problem. To date, the project has seen contributions from more than 40 developers.

The second independent project, Zuul, is a platform for continuous integration and continuous delivery (CI/CD) of code on a massive scale, having been created for the development of the OpenStack project itself.

Zuul enables users to run a pipeline-oriented project gating system, which means any patches and their dependencies are thoroughly tested before any code gets merged into the main body of the software project – perfect for complex, frequently updated applications. Zuul is already used by organizations including BMW, GoDaddy and Wikimedia.

The project has little value to the owners and operators of data centers, but it could change the way development teams collaborate on software, riding high on the DevOps adoption wave. 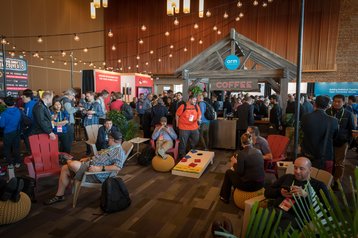 Marketplace Mixer at the Summit – The OpenStack Foundation

A change of heart

The decision to extend the mission of the OpenStack Foundation and apply its tools and processes to things that are not OpenStack was made six months ago, at the Summit in Sydney, Australia.

Thierry Carrez, VP of Engineering at the OpenStack Foundation and OpenStack Technical Committee chair, listed the new focus areas for the organization:

This might come as a surprise, since the Foundation has been frequently criticized for hosting too many projects and not focusing enough on the core functionality of the cloud platform.

Mark Shuttleworth, CEO of Canonical – the company that’s been very successful with Ubuntu OpenStack - and one such critic, had actually welcomed the change, adding that it could bring more clarity to the project.

“I have in the past, and will continue to say that it is very important to explain to new users and customers that actually, there are only about seven pieces that make up a real working OpenStack,” Shuttleworth told DCD.

“Something like Kata Containers is completely different, so I don’t really feel it is a bad idea. The fact that the Foundation says that there are other aspects of infrastructure outside OpenStack, that is less of a problem for me than being very confused about the essence of OpenStack itself.”

“I still think the Foundation needs to be more prescriptive about that core OpenStack definition, and, bluntly, less inclined to endorse some of this other nonsense around OpenStack itself. But Kata Containers is not trying to be built into OpenStack, it’s a separate thing, a good thing and an interesting thing in its own right.”

Tim Bell, Compute and Monitoring Group leader at CERN – an organization that uses OpenStack to analyze the output of the Large Hadron Collider – told us the scientific community was already embracing Kata and Zuul.

“When we look at what we have used to build up our environment, it’s not just OpenStack – we have storage based on Ceph, for example. We are using container technologies; we are using CI/CD. So, actually, being in a situation where we are able, under the framework of a single conference, to discuss open infrastructure is a very good development for us, because it means that we don’t have to travel to four or five different conferences but can come along to one, for those discussions.

“In reality, every single OpenStack installation was using these technologies, I think the only difference is that now we’ve been able to make some space so that people can come along and talk about it in detail. And the cross-over is very significant.”