The facility uses an innovative form of free cooling to achieve PUE of 1.25 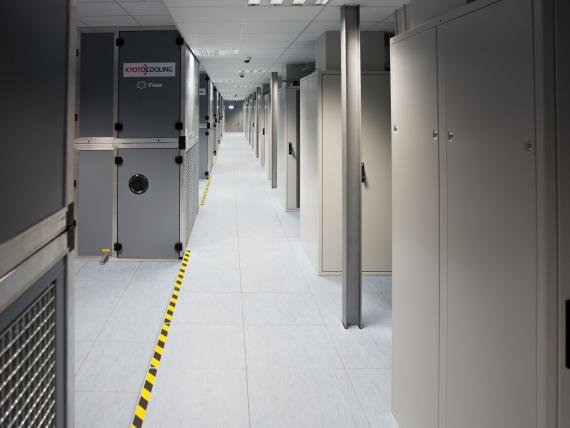 Teo Group, Lithuania’s largest provider of telecommunications and IT services, has opened an energy-efficient data center in the capital Vilnius.

The facility in the suburb of Žirmūnai features a KyotoCooling installation, and has been certified as Tier III compliant in both design and operation.

“The new data center is part of Teo IT strategy, so our infrastructure’s capacity and reliability standards must be at least three years ahead of today’s needs,” said Andrius Šemeškevičius, CTO at Teo.

“The volumes of data use and storage are growing at an incredibly rapid pace in the world, and the high security level of our data center enables us to provide services to customers abroad.”

Building for the future

Teo began its life as the state-owned Lietuvos Telekomas, before being privatized in 2008, with 88 percent of its shares now held by Scandinavian network operator TeliaSonera.

The company’s eighth data center has been built in Vilnius by local engineering and integration specialist Firma, at the cost of more than €3 million.

The facility can support up to 500kW of IT equipment, powered by 100 percent renewable energy from the nearby Kaunas Hydroelectric Power Plant. There’s space for around 100 cabinets, with an expected PUE of 1.25.

The data center in Žirmūnai has been certified by the Uptime Institute as having advanced redundancy and availability features, in line with Tier III Design and Tier III Facility guidelines.

“The reliability certification that Teo has is an added value, which the data center operator can offer its customers. We have built several tens of data centers in different countries and we have put not only the best of our experience, but also the most reliable solutions into the new data center of Teo,” said Valdas Vrubliauskas, regional development director for Data Centers Solutions at Fima.

One of the interesting features of the facility is its use of KyotoCooling - a modular heat containment system built around the KyotoWheel, a ‘thermal wheel’ that separates inside and outside air streams, doesn’t require water and relies on outside temperature for cooling servers.

Teo was one of the early adopters of KyotoCooling, having previously deployed the system in another data center in Vilnius – at the time, one of just three data centers worldwide to test the KyotoWheel.