TeliaSonera has chosen local infrastructure specialist SRV to manage the construction of a new energy efficient Finnish data center that will consume 100 percent of its electricity from renewable sources.

Building work on the site is scheduled to begin this summer, with a completion date of early 2018. The project is expected to cost between €130 and €150 million.

The 34,000 sq m Helsinki data center will be partly built underground, and will recycle all of its waste heat. It will accommodate up to 200,000 servers and will have capacity of 24MW. 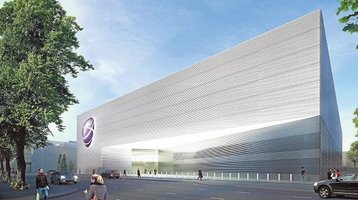 In the future, it is envisaged that waste heat will be converted into usable energy using the district heating network.

Telecoms giant TeliaSonera, which is the dominant telephone company and mobile network operator in Sweden and Finland, is building the facility to provide cloud, colocation and “Internet of Things aware capabilities” to Finnish companies.

“The data center is seeking to attain important LEED and CEEDA certificates. The goal of obtaining the certificates will guide planning and work on the site from the earliest stage,” said Juha Toimela, SRV’s vice president of business operations in Finland.

Cold winter temperatures and cheap electricity make this region especially appealing for companies selecting where to build a data center.

Google and Russian Internet giant Yandex operate facilities in the country, while government agency Invest In Finland calls the country ‘probably the most data center friendly in Europe’.

Google has set up shop in Hamina, on the northern coast of Finland, in a disused paper mill. Meanwhile Facebook is growing its presence in Lulea, Sweden, where its data center campus forms part of the tech community known as the Node Pole.

According to research by BroadGroup published in September 2015, the Nordic countries of Iceland, Norway, Sweden, Finland and Denmark are expected to triple available data center power by the end of 2017.

The region is set for investment in data centers of €3.3bn over the same period, either in center expansion or newbuilds.