Tata Communications - a subsidiary of India’s largest conglomerate - is reportedly dumping most of its data center business.

They added that Jefferies LLC has been hired by Tata Communications to advise it on the deal, which would likely cost the potential buyer around $300 million.

Needs of the business 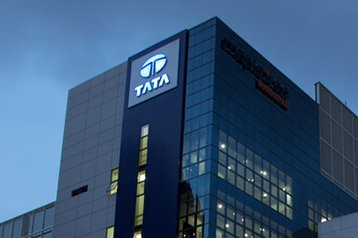 Tata Communications – primarily known as a network infrastructure provider - established its data center business to take advantage of the boom in colocation and managed hosting, and spun it off as a wholly-owned subsidiary in 2014.

Today this subsidiary owns and operates a total of 44 data centers, including facilities in Delhi, Mumbai, Bengaluru, Chennai, Kolkata and Pune. The company was responsible for a quarter of India’s data center market in 2013-2014, while also establishing presence in the US, the UK and Singapore.

TCDC has been going through a period of aggressive expansion – according to Tata Communications’ Growth Ventures CEO Rangu Salgame, most of its data centers were built in a short period between 2013 and 2014.

Now, it looks as if Tata Comms is getting rid of the subsidiary in order to patch the holes in its balance sheets. According to Live Mint, talks with private equity and strategic investors have already begun.

The company issued a statement on the report, but refused to either confirm or deny the rumor. “We continually look at new or different ways in which to use our experience, insights and customer proposition to benefit our customers and partners, as well as our company,” said a spokesperson for TCDC.

We should note that the sale of the colocation business would go against Tata Comms’ plans to invest $200million into data center capacity in India between 2014 and 2017, announced last year.