The devil is in the details

Red Cloud has chosen a site for the AU$40 million (US$30.8m) Tasmanian data center it announced last year, and is in the final stages of purchasing the land. 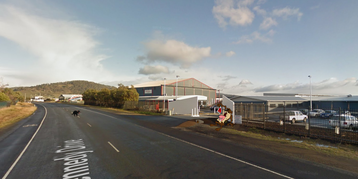 “We’re hoping to have this up and running no later than September next year,” Red Cloud CEO Carl Woodbridge said.

“We will be designing it a little bit differently to the one in Perth to capitalise on the economics of the Tasmanian environment,” he added, citing the cooler climate. “It’s likely to be a concrete tilt panel [construction].”

He continued: “We actually put a lot of underground services in place, so there’s a lot of pre-work that goes on before we start raising the concrete slabs.”

Red Cloud claims the data center will lead to 80 jobs during construction and 17 ongoing jobs. “We’re already in discussion from one group who have offered to construct the facility, but we’re interested in hearing from others,” Woodbridge said.

Tasmania’s Information Technology and Innovation Minister Michael Ferguson spoke on the news: “The Red Cloud data center will be our first Tier III data center. It will have military-grade security modules as well as energy-saving technologies

“This will give the state a highly resilient facility for on-island data and we expect it to form part of the Tasmanian cloud.”

Red Cloud plans some 10 data centers around Australia, with the intention to have a presence in or near every major urban location in Australia, as well as some regional sites.