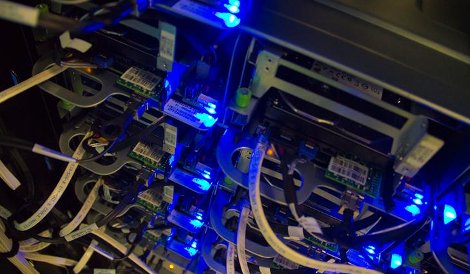 The company is a subsidiary of Jabil, a St. Petersburg, Florida, contract electronics manufacturer.

StackVelocity joined Open Compute as a solution provider but plans to contribute server and storage intellectual property to the foundation that oversees it. Other official OCP solution providers are Hyve, Amax, Penguin, Racklive, Quanta and CTC.

Cole Crawford, executive director of the OCP foundation, said the new member would contribute new IP and introduce the project to new markets. “Hardware manufacturers who are focused on solutions integration are an important part of our ecosystem,” he said in a statement.

Open Compute is a natural fit, since the technology that comes out of it is predominantly technology for large scale-out data centers. StackVelocity specializes on integration services for companies deploying scale-out IT infrastructure.

It provides customized solutions for specific customer workloads, as well as infrastructure for OpenStack clouds and Hadoop clusters.

In its announcement, StackVelocity quoted 451 Research senior analyst Carl Brooks, who said the name of the manufacturer of a piece of equipment is going to matter less in the future. “As the IT infrastructure stack continues to homogenize and open source and open platform software proliferate, companies are going to care less about the badge on the server chassis and more about fundamentals like supply chain and streamlined deployments,” Brooks said.

System integrators have a natural lead in that future. “This means having things like sourcing and hardware lifecycle support sewn up become tangible business assets for system integrators as the conversation moves past technology and into return on investment,” he added.

Facebook started OCP in 2011 by posting on line design documents for hardware and infrastructure designs used for its data center in Prineville, Oregon – the firs data center the company designed and built for itself.

The main idea behind OCP has been to bring the collaboration and openness ethos of open source software to the world of hardware and data center design.

Industry support of the project has grown tremendously over the past three years. In addition to being a design community, it has become somewhat of a channel between operators of massive-scale operators and hardware manufacturers that want to sell directly to them.