Could this be the last JEDI news story I am forced to write?

The US Supreme Court has declined to hear Oracle's complaint over the now-defunct Joint Enterprise Defense Infrastructure (JEDI) cloud contract.

A $10 billion single-source contract, JEDI was set to serve most of the US military's compute needs. Oracle was excluded from competing as it did not meet certain requirements - but that didn't stop it from suing over the single-source stipulation.

Last month the Government filed for a petition for a writ of certiorari and render Oracle's case moot in the wake of JEDI's cancelation. Oracle argued the case should remain ongoing until it is sure the JWWC contract is free from what the company perceived as misconduct during procurement. “Cases do not become moot simply because a defendant issues a press release claiming to have ceased its misconduct,” the company argued.

Before its cancelation, Oracle argued that the JEDI contract should be broken up into multiple smaller deals that it could then compete for. It also claimed that there here were clear conflicts of interest in the procurement process, pointing out links between AWS and government employees.

Microsoft was eventually awarded JEDI in October 2019, but Oracle kept on suing and protesting over AWS' alleged improper involvement. AWS also sued - sparking a lengthy and bitter court case that ultimately led to JEDI being scrapped this July. 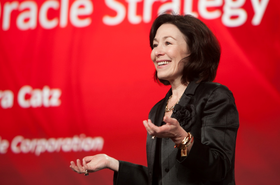 The Department of Defense has replaced JEDI with the Joint Warfighter Cloud Capability, which appears similar, except it is not sole source. Instead, only AWS and Microsoft will compete for individual sections.

Despite all this, Oracle kept on suing. Its case went to the US Court of Federal Claims, who had earlier said that the company had no chance of winning JEDI because unable to fulfill the requirement of “hav[ing] at least three commercial cloud-hosting data centers within the US, separated by at least 150 miles, along with various other security standards.”

The case was dismissed, causing Oracle to appeal again and again, all the way up to the Supreme Court. Now that too has failed.