'Bipartisan support' for effort to compete with China

Senate Minority Leader Chuck Schumer has called for a new government body that will invest heavily in AI to ensure that the US remains competitive with China.

The Democrat said that he was still working on the legislation, but hoped to create a new agency that would invest $100 billion over five years in research projects, scholarships and “targeted research" fellowships.

Get your name suggestions in now 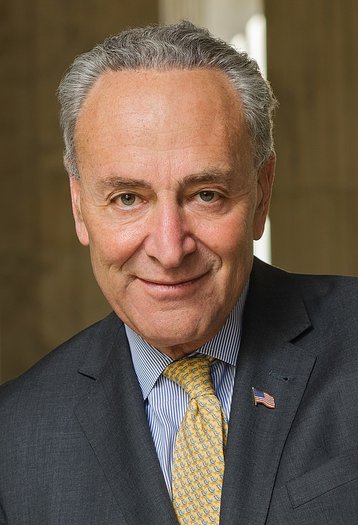 At the National Security Commission on Artificial Intelligence conference, Schumer discussed the proposal, which could become a subsidiary of the National Science Foundation and may work in partnership with the Defense Advanced Research Projects Agency.

“What we need to do is have the federal government have a dramatically increased investment in AI, in the basic research, in the pure research that companies won’t do,” Schumer said, according to Fedscoop. “We’re great here in America, and our companies are great, at taking that kind of basic and pure research and turning it into practical things.”

The proposed agency would also fund the development of “testbed type of facilities, which would be before you get to the pure research."

It is currently “just a discussion draft,” Schumer said. But it, he said, it has “a lot of support” from people “very close” to President Trump and Senate Majority Leader Mitch McConnell, but it’s “thus far been unable to get their full-throated support."

To become law, a proposal would have to pass Congress and get the president's signature.

He added, Axios reports, that the US "will do better dollar-for-dollar than the Chinese government in investing in AI," Schumer said. "But if they outspend us three, four, five to one - which they're doing now - we'll fall behind in five years or 10 years and we will rue the day."

In an interim report released to Congress on Monday, the National Security Commission on Artificial Intelligence discussed the differences between US and Chinese approaches to AI at the state level.

"China, our most serious strategic competitor, has declared its intent to become the world leader in AI by 2030 as part of a broader strategy that will challenge America’s military and economic position in Asia and beyond."

It adds: "China has overseen a 30 times increase in its overall R&D funding from 1991 to 2015, and is projected to surpass the United States in absolute R&D spending within 10 years."