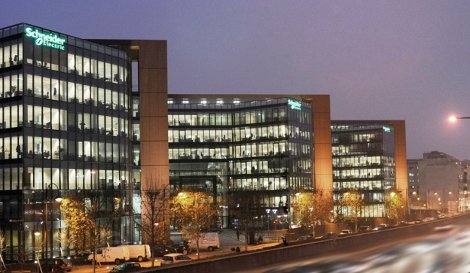 Schneider Electric has built a tiny data center in Dallas for a company called DartPoints, whose business model is based on providing 100kW data centers that can be built extremely quickly and be flexible with location.

The data center can be replicated anywhere in the US within 45 days, according to Schneider, which designed and built the Dallas facility.

Instead of one or few big data center sites, DartPoints is offering to build distributed networks of small data centers, all interconnected and centrally managed. The company gets the centrallized management capability from Schneider's data center infrastructure management (DCIM) software called StruxureWare.

Hugh Carspecken, DartPoints CEO, said the company had aggressive growth plans and needed lower costs and risk, while being responsive to customers and able to deliver product quickly. “Schneider Electric was able to provide a simple yet scalable, cost-effective framework, including design, hardware, software and services, which will allow us to expand and contract with customer demand,” he said.

In addition to StruxureWare, the Dallas data center has Schneider's power and cooling infrastructure, as well as its hot-aisle containment system.

The data center was built by Schneider's Data Center Service Provider team, which focuses on data center solutions for cloud, colocation and managed services providers. The company has also been expanding aggressively in the modular (also known as “container”) data centers.

About three years ago, the company launched a line of modules that contain electrical and mechanical infrastructure for data centers, and in October of 2013 it announced a line of prefabricated IT modules.