New Zealand’s Waikato District Health Board (DHB), which manages the system of public hospitals on the upper central North Island, is planning to migrate its IT infrastructure into a public cloud environment with the help of local provider Revera, reports IT Brief.

Revera, which was recently acquired by national telco and ICT services provider Spark New Zealand, will help the DHB migrate over 700 applications onto a built-to-order platform over the next three years. 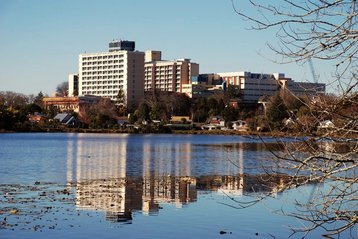 The move is a response to a government directive issued in April, under which New Zealand’s public healthcare providers must transition to cloud-based infrastructure, limited to the choices that have been vetted by the Department of Internal Affairs. The policy was rolled out earlier this year to tackle issues of ageing legacy hardware and end-of-life warranties.

Revera supports and manages AWS and Azure cloud services, as well as its own Homeland Cloud, with data centers located in Auckland, Wellington and Christchurch. The company will host DHB on its Homeland Government IaaS Cloud, validated by the DIA as a Common Capability (CC) platform.

According to Reseller News, IBM was tasked with the creation of a dedicated platform for 12 DHBs and two health IT services agencies in 2015, but failed to meet the deadline. The project was subsequently offered to multiple vendors, which is how Rivera was awarded the contract with the Waikato district, and recently another with the Nelson Marlborough DHS.