Operating under the alias Raven Northbrook, Facebook has its eyes on Nebraska, DCD can exclusively reveal

Late last year, local council officials granted approval for a large data center project in Sarpy County, Nebraska, but the company behind the huge facility was kept a secret.

You can run servers, but you cannot hide them 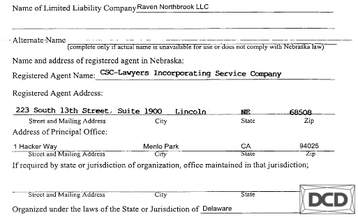 Sarpy County documents reveal that the company, which is publicly represented by infrastructure engineering and design solutions company Olsson Associates, goes by the name Raven Northbrook.

In documents requesting approval for a sewer connection and wastewater service for the Sarpy County Power Park East and West, it states that: “Raven Northbrook LLC (Raven) plans to build data centers on the west and east sides of Highway 50 and Capehart Road.”

Raven Northbrook is not, however, a real data center company, and was instead created simply to obfuscate the identity of the actual firm behind the facility. The agent responsible for creating Raven was Corporation Service Company, a Delaware-based business, legal, and financial services provider.

But, with Raven also officially based in Delaware, to operate in Nebraska it had to apply for a certificate of authority for a foreign limited liability company (with ‘foreign’ meaning not from Nebraska). It is in that certificate that the truth is revealed. 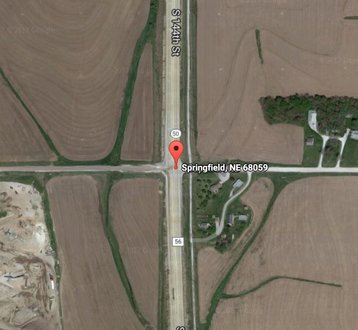 In the application, the address of the principal office of Raven is listed as 1 Hacker Way, Menlo Park, California. That just so happens to also be the address of Facebook’s headquarters.

This is not the first time Facebook tried to use a different company to obscure its machinations. When the social network was considering either Utah or New Mexico as the location for its next data center, it operated through a company called Greater Kudu LLC.