Local and state governments in the US are being too generous with subsidies for data center projects, considering the amount of jobs they actually create - according to research by Good Jobs First, a policy think tank that promotes accountability in economic development.

The numbers suggest that government officials are losing the sight of the big picture when competing for data center investment, and end up paying approximately $2 million for every new job. A total of 27 states now offer tax exemption programs for data centers.

Good Jobs First recommended a cap on subsidies, at $50,000 per job, and added that government agencies should be ready to walk away from bidding wars that guarantee net losses for taxpayers. 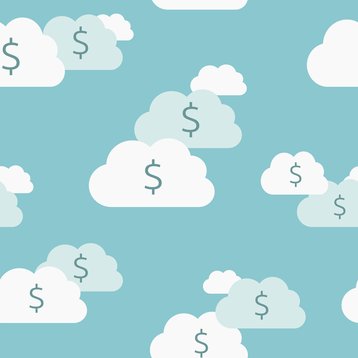 In a study entitled Money Lost to the Cloud, the non-profit identified 11 major data center projects by the likes of Apple, Amazon, Facebook and Google, and found that the average cost per job in tax breaks and other incentives stood at $1.95 million.

Good Jobs First said the real figure is likely even higher, since some state and local governments fail to disclose the total subsidy program costs.

Based on available data, the largest per-job subsidy, $6.4 million, was provided to Apple by the government of North Carolina. Washington’s subsidy program was deemed the most expensive at this point in time.

Good Jobs First noted that data centers use few goods or services that can be provided by local businesses.

It also noted that it’s not the subsidies, but availability of land and cost of power that remain the most important factors for a data center location. In a recent survey of data center owners by Mortenson Construction, only three percent of respondents described tax credits and local incentives as the biggest site selection factors.

“High-profile companies are trading on their fame to win huge tax breaks in poor rural areas, while communities are coming to the rude awakening that data centers create very few jobs, and many of the best jobs are filled by people transferred in,” said Kasia Tarczynska, research analyst at Good Jobs First and the author of the study. “The best they can hope for is a stronger tax base, but that evaporates when property, sales and income taxes are abated.”

The think tank recommends public officials to provide full disclosure of deal-specific and aggregate program costs, including during the subsidy negotiation process, in order to stop cash-rich businesses from playing individual states against each other. It also suggests a cap on all state and local subsidies - combined at $50,000 per permanent job.

You can read more about the way local governments compete for data center projects in our breakdown of tax breaks, state by state.