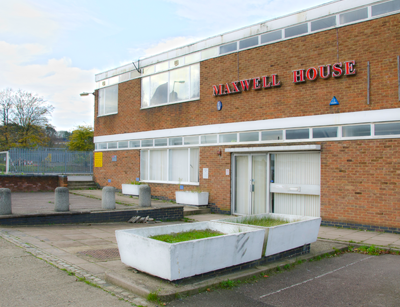 The firm announced a £35 million project in Milton Keynes for a facility to be branded the MK DataVault.

Ed Jones, MD of PMB Holdings, said interest in the data center sector began three to four years ago. As part of the commercial property group it saw the opportunity for the site it owned in Milton Keynes, given its proximity to London.

Demolition of the existing site will begin next week. PMB said it had secured 29MVA to be live on site in August and had received planning consent for 240,000 sq ft of data center space which can be delivered in up to five buildings.

PMB is working with architects TTSP, and NormanDisneyYoung on the ME side. The appointment of a main construction contractor is expected soon. The company is currently seeking an anchor client in the colocation or owner occupier sectors.

Demolition of the existing 170,000 sq ft warehouse is due for completion in August 2012, around one month after the power is live.

“We will have a pre-let or may begin a speculative build of what will be a 50k sq ft powered shell,” Jones said.

Jones said PMB was entering the data center space for the long term and would look to develop other sites in Birmingham and East London.

The company is owned and backed by Peter Beckwidth, a commercial property magnet who sold 80% of his portfolio in 2007. Beckwidth developed commercial office space and luxury leisure properties. He started re-investing in 2009.

“We want to build a portfolio of data centers. We financed the power, and planning and site acquisition and are serious about expanding the business over the long term,” said Jones.

The ‘MK DataVault’ site has the option of five carriers and multiple fibre routes which the company said will deliver an estimated link latency speed of just 0.6m/s from the City of London to Milton Keynes.

The site is on 2.75 hectares (6.8 acres) and know as Maxwell House – due to its association with disgraced media tycoon Robert Maxwell.

The power will come from dedicated dual feeds from the Bletchley Bulk Supply Point (located less than 0.6 miles away),  two 30 MVA transformers and a new on-site 33kV / 11 kV substation. The supply will be fully energised in summer 2012.

Peter Beckwith, founder and chairman of PMB Holdings, said: “With the UK expecting to invest approximately £2.19bn in data centres during the 2011-2012 financial year, the data centre market is an exciting area for PMB Holdings to be entering. It further establishes our investment in the UK commercial property market and continued development of high quality real estate.”