ORNL starts installing Summit, could be world's most powerful supercomputer

Unless China reveals a surprise supercomputer 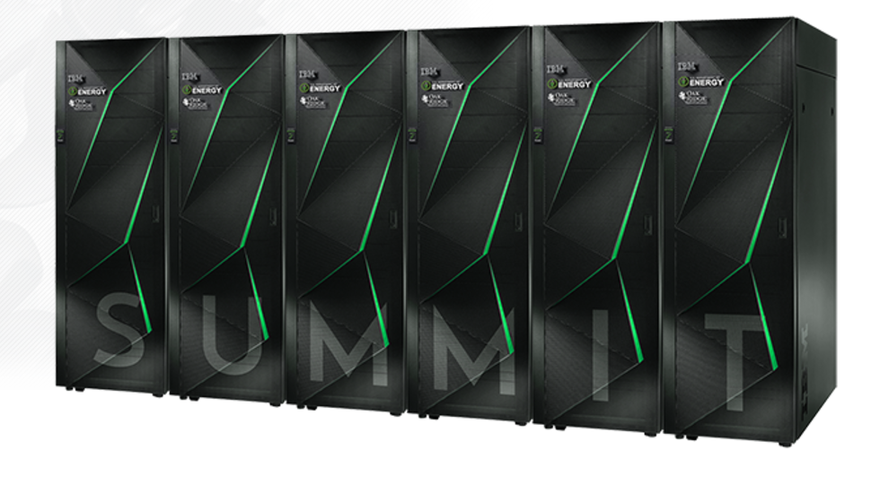 The Oak Ridge National Laboratory has begun to install what could become the world’s most powerful supercomputer - Summit.

The IBM-developed 10MW system will take six months or more to install, and will then be available to Department of Energy researchers and a few universities, before becoming generally available to scientific users by January 2019. 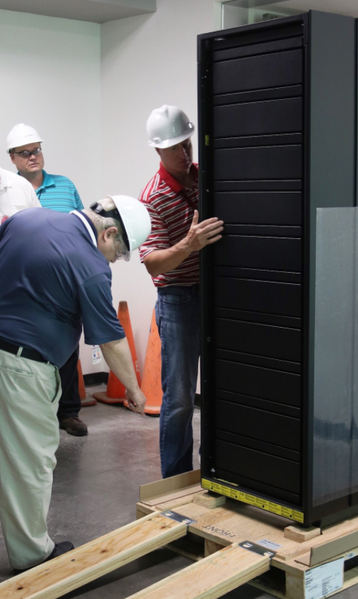 Top500 estimates the supercomputer will enter its ranking list by next June, at which point it has a strong chance of beating out the current world’s most powerful supercomputer, TaihuLight, for the top spot.

TaihuLight currently has a peak performance of 125.4 petaflops and a Linpack result of 93 petaflops. Summit, meanwhile, is expected to be five to 10 times as powerful as ORNL’s current top system, Titan.

Titan is the fourth most powerful computer on Top500’s list, with a peak performance of 27.1 petaflops and a Linpack result of 17.6 petaflops. Summit will be comprised of approximately 4,600 nodes, each with six 7.5-teraflop Nvidia V100 GPUs and two IBM Power9 CPUs, which Top500 estimates will lead to an aggregate peak performance well over 200 petaflops.

The Department of Energy awarded $325 million in late 2014 to build both Summit for ORNL and the slightly less powerful Sierra for the Lawrence Livermore National Laboratory in California.

Sierra wil be used by The National Nuclear Security Administration “to ensure the safety, security and effectiveness of the nation’s nuclear deterrent without testing.”

After Summit’s launch, the next big US supercomputer for ORNL is likely to be an exascale machine - a target that the US, China and EU are all racing towards.

In June, the DOE announced it would award $258 million in funding to AMD, Cray, HPE, IBM, Intel and Nvidia over three years as part of the new PathForward program, itself part of DOE’s Exascale Computing Project (ECP).

“Continued US leadership in high performance computing is essential to our security, prosperity, and economic competitiveness as a nation,” US Secretary Rick Perry said at the time.

The Chinese government, meanwhile, is set to develop “a prototype of an exascale computer” by the end of this year.

“A complete computing system of the exascale supercomputer and its applications can only be expected in 2020, and will be 200 times more powerful than the country’s first petaflop computer Tianhe-1, recognized as the world’s fastest in 2010,” Zhang Ting, application engineer at the Tianjin-based National Supercomputer Center, told state-publication Xinhua in June.

The EU plans to build its own exascale prototype based on the ARM architecture, built by French IT giant Atos.