‘Arno’ is aimed at developers, offers first look at the open source platform for NFV

The Open Platform for NFV (OPNFV) - a collaborative project run by the Linux Foundation to advance the state of Network Function Virtualization – has just seen its first software release.

OPNFV Arno is the industry’s first open source platform for NFV. The organization warns that this version is still rough around the edges, so it is aimed primarily at developers. It provides the baseline foundation to enable continuous integration, automated deployment and testing of components necessary to assemble an NFV platform from upstream projects such as OpenDaylight, Open vSwitch, OpenStack and KVM.

“Only eight months after its formation, OPNFV has met one of its major goals by creating an integrated build, deployment and testing environment that accelerates NFV implementation and interoperability,” said Prodip Sen, chairman of the OPNFV board of directors.

“With Arno, we now have a solid foundation for testing some of the key resource orchestration and network control components for NFV. This is great a testament to the power of an open source collaborative model and the strength of the NFV ecosystem.” 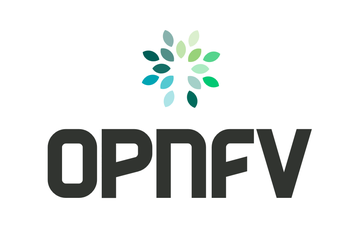 NFV aims to replace expensive, specialized hardware with commodity servers that can serve the same functions through software, doing to telecommunications what Software-Defined Networking (SDN) has done to traditional IT.

OPNFV was established last year with the aim of creating an open source reference platform, orchestration layer and APIs for NFV that would benefit the industry at large.

Its members already include some of the largest names in networking, both on the supplier and carrier side: AT&T, Brocade, China Mobile, Cisco, EMC, Dell, Ericsson, HP, Huawei, IBM, Intel, Juniper Networks, Nokia Networks, Red Hat, Vodafone and ZTE.

The first release of the platform, named after an Italian river, includes automated build scripts and deployment toolchain. It can produce ISO images that can then be used to deploy and test various Virtual Network Functions (VNFs) – which rely on enterprise IT techniques to virtualize entire classes of network node operations into building blocks that can then be connected to create communication services.

The project also offers a community test labs, where users can experiment with the platform in different environments and on different hardware.

“While the code milestone is significant, an even more important accomplishment is the foundation and process we’ve built for future work,” wrote Heather Kirksey, director of NFV leading initiatives, in a blog post.

“Forming a passionate community, establishing our continuous integration tool chain and processes, launching our bare metal data center and community lab program, and developing working relationships with upstream industry partners–these are the strongholds that make our code better and development process more agile in the long-run.”