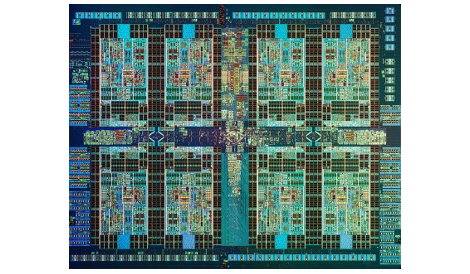 IBM has teamed up with Google, Mellanox, Nvidia and Tyan to go after the System-on-Chip (SoC) server market courted so jealously by Intel, AMD and the likes of Calxeda, AppliedMicro and other licensees of the ARM processor architecture for servers.

The Armonk, New York-based IT giant has formed the OpenPower Consortium, which it describes as an “open development alliance based on IBM's Power microprocessor architecture.” Brad McCredie, an IBM fellow, VP and CTO of the company's Systems Technolgy Group, says the effort's central piece is to enable partners to innovate around SoCs based on its Power processor architecture.

Developers have been able to access all Power cores under a blanket license for about two years, and some of them even prior to that. This time, however, IBM is open-sourcing a software stack validated for Power that includes middleware, a Linux based operating system, a KVM hypervisor and OpenStack, the open-source cloud architecture and management framework, McCredie says.

These are the things that he believes will give Power advantage over other open chip platforms out there.

“The chip IP is going to be licensed,” he explains. “The open-source IP is licensed as well, but it's an open-source license.”

Details are scarce at this point, as the consortium is in its nascent stages. McCredie expects more specific information about specific engineering efforts to emerge and more members to join over the next quarter.

“The whole notion of OpenPower is about us taking our technology and our IP to the industry in a different form to enable innovation,” he says.

The consortium is going after what McCredie refers to as the “web 2.0” market. This is the market for data center operators with massive web applications – the likes of Google, Facebook, Amazon or Twitter.

The effort is also aimed at the HPC (High Performance Computing) market, whose computing needs are similar to those in the web 2.0 space.

“They're [both in need of] large scale-out systems that require tight integration with the network,” McCredie says. “Clearly, the HPC market and the web 2.0 market [are] very scale-sensitive too.”

The SoC market is busy nowadays. Companies like Calxeda and AppliedMicro are licensing processor technology from UK's ARM Holdings and bringing server SoCs to the market.

Intel is expanding in this space in a big way. The company followed the launch of its first Atom-based SoC last year with an announcement in July of a second-generation Atom SoC expected to ship later this year.

Intel also previewed an entirely different SoC, based on its 14-nanometer Broadwell architecture, which it expects to bring to the market in 2014.

AMD, in addition to selling SoCs of its own, also sells microservers based on both ARM and Intel Atom chips.

Both Intel and AMD are involved in the Open Compute Project, a Facebook-led open-source hardware-design effort with SoC and microserver ambitions.