OpenDaylight expands the reach of its platform with Berylium release

The OpenDaylight Project, a non-profit that is developing an open source foundation for software-defined networking (SDN), has released the fourth version of its platform, codenamed OpenDaylight Beryllium (ODL Be).

The maker of the new incarnation of ODL Be says the system takes fresh approaches to network challenges such as automated service delivery, network resource optimization, cloud computing and network function virtualisation (NFV). 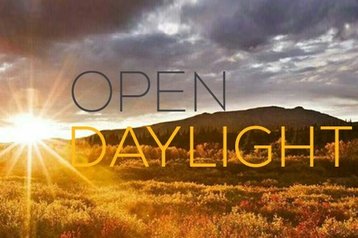 “ODL Be brings us one step closer to unifying the industry around a single, common platform,” said Neela Jacques, OpenDaylight’s executive director. Jacques claimed that ‘dozens’ of vendors and end users have already built systems on the OpenDaylight platform. The new version offers better performance and scalability improvements and adds new network services and abstractions in response to use cases identified by end-users, she added.

Stronger analysis and testing of clustering (where multiple instances of ODL act as one logical controller) have improved performance and scalability. Now,  applications that want to be cluster-aware can choose how to distribute data across the cluster.

The system should be easier to adopt now, because it contains new microservice design changes that improve its interoperability across multivendor environments. New components such as NetIDE and its Network Engine Shim make for better intent-based network modelling. Meanwhile all-new NeXt UI aims to make OpenDaylight’s functions more user-friendly through visualizations.

New abstracts for network models have widened the range of configurations for policy and control with four methods of policy being supported. The four policy choices - NEMO, Application Layer Traffic Optimization (ALTO), Group Based Policy (GBP) and Network Intent Composition (NIC) – will cover all known eventualities, according to ODL.

The organization promises that the new services and architectural improvements in Beryllium will create even more use cases in cloud computing and NFV.

The latest release follows Hydrogen, Helium and Lithium – OpenDaylight is naming major versions after the lightest elements in the periodic table and pushing them out every six months, which means we could see Chlorine in seven years and Arsenic in fifteen.