Canadian teachers get their hands on Australian data centers

One of the world’s largest institutional investors, the Ontario Teachers’ Pension Plan, has acquired the last 29 percent of Australian data center firm Metronode from CIMIC Group, giving it full ownership of the company.

OTPP has held a 71 percent stake in Metronode since 2013, when it acquired a majority stake in parent company Nextgen Networks, which was sold to Vocus Communications this summer. 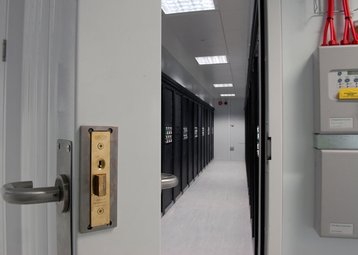 Inside a Metronode facility – Metronode

Metronode operates ten facilities in Australia, three of which have been given a 4.5-star Nabers efficiency rating. The company is currently building a new data center in Melbourne. It had also signed a deal in August “with an undisclosed leading corporation for 8MW,” with an option to supply “significantly more capacity” in the future.

The Ontario Teachers’ Pension Plan, with $171.4 billion in net assets as of December 31, 2015, has invested regularly in infrastructure projects.

In the technology industry, the fund has invested in companies including Riverbed Technologies, Q9 Networks, and TierPoint.