One telco's journey towards NFV 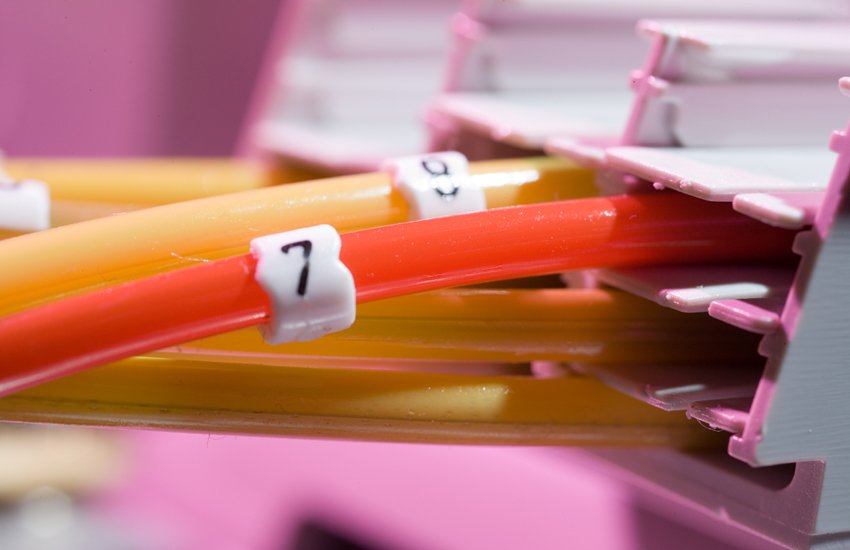 Deutsche Telekom (DT) is well on its way to becoming the poster child for the telecom operator movement towards software-defined networking (SDN) and network functions virtualization (NFV), two related developments that will allow operators to simplify their networks so they can react faster to market requirements.

At the moment, operator networks are filled with proprietary hardware appliances, and as every new service an operator launches needs a new appliance it is an increasingly difficult job to integrate and operate them. It means networks are becoming more complex, and such complexity makes it hard to react to market changes and try out new services.

From research lab to telco
SDN grew out of academic research – in fact some of the researchers at DT’s R&D unit T-Labs were part of the Stanford University group which coined the phrase ‘software- defined networking’. It simplifies networking by decoupling the system that makes decisions about outward traffic direction from the underlying systems that forward traffic to the selected destination. In contrast, NFV is very much a telecoms industry initiative. And the beauty of a software-defined virtualized approach for telecoms operators is that not only does the network become simpler and more stable but production costs also become much easier to control.

Analyst group Heavy Reading last year called SDN and NFV “a revolution in the making” for telcos. Olaf Schnapauff, CTO of T Systems, the IT services and consulting arm of DT, explains why: “SDN and NFV bring the ability to abstract the application landscape from the infrastructure – they empower the applications operations team. Today if a customer applications group wants to make a change – say they want to change the connectivity to the Internet – it might take a month or six weeks to change a rule. SDN and NFV allow micro-partitioning, so these teams have the power to make their own changes. There is no need to co-ordinate between environments as domains are segregated. It’s a re-empowerment that has been lost over the last few years. And if something goes wrong then the failure domain is also contained. It makes us massively more efficient. It’s a change as massive as virtualization was for the compute space.”

A pathway to the Cloud
Schnapauff says SDN and NFV will also give DT the ability to deliver more converged telecoms and IT services from the Cloud. “At the moment there are cloud services for IT but only a very limited amount of real telecoms services. For example, wide area networking, video conferencing, network access – these things have not typically been delivered in a cloud fashion. And if they are, they’ve not been linked to the IT services side of house,” Schnapauff says.

DT started on its journey towards becoming a software-defined operator in 2011, Axel Clauberg says. He leads the DT team looking into NFV and is VP of aggregation, transport IP and fixed access for the company.

“We came up with the concept of coupling our data centers very tightly with the IP network to treat them as part of the network,” Clauberg says. “When we first had discussions with our vendors about delivering network functions and said we would like to virtualize and ‘cloudify’ your functions and produce them in a different way they laughed at us.”

As Clauberg points out, this touched a sensitive nerve – the business model of network functions vendors is very much hardware oriented, so it was understandable their vendors’ initial reaction was to reject DT’s ideas.

At the start of 2013 DT got together with other leading telcos, including BT and Verizon, to form the ETSI Industry Specification Group for NFV. The aim was to develop requirements and architecture for network functions in software that run on industry standard server hardware, that can be moved around the network without the need to install new equipment. Today many operators and equipment vendors contribute to the group.

Clauberg says ETSI “was like an avalanche”. “There’s been such a movement among the telecoms operators that the vendors have had to react,” he says. “The world has changed in the 18 months since the ETSI NFV group launched, now everyone has NFV on their roadmaps. There’s still a long way to go: it’s not trivial to virtualize and cloudify complex network functions, and virtualized chaos is still chaos. You have to simplify before you bring network functions into a cloud environment.”

This simplification requires close collaboration with vendors of network functions and there is not always agreement about how it should be done. Clauberg uses the example of a network function like a packet core in the mobile network. “The initial approach from vendors was they had a hardware box with a lot of blades, so they took each blade, virtualized it and ran it in a cloud. That was not what we expected.” Of course equipment vendors have more than an eye on protecting their business interests, but overall, Clauberg says the course is clear and the industry is moving towards simplification and redesign of complex network functions so they are optimized for an infrastructure cloud environment.

Being realistic
Clauberg readily admits that within DT there were one or two initial doubts “because any change is difficult” but on the whole his colleagues recognized the opportunity. “Once we had presented our vision internally the operations teams and teams producing services were really interested – they all supported the initiative,” he says. But it’s something of an art to keep everyone realistic about how much can be achieved. In Clauberg’s experience technical staff can easily both over-interpret what can be done and underestimate the work required. This means they can quickly get disillusioned when a project takes longer and is tougher than they expect.

In keeping with this realism, Clauberg says he thinks it will be 2016 before any virtualized functions are inserted into the DT network –  it is a matter of record that the company is working to move to an all-IP network and will retire its PSTN by 2018. DT is still working on which functions will be virtualized first but it has already virtualized a couple of simple network functions to gain experience. Working with Alcatel-Lucent and Huawei it has demonstrated automated on-boarding of a virtual IMS and its integration into the company’s infrastructure cloud. These experiences taught DT a great deal about how they should automate and manage the lifecycle of network functions.

“A key area of focus is the orchestration of the whole application environment,” Clauberg says. “There’s a natural tendency among application vendors to want to do their own orchestration but that’s not what we want. We want one orchestration to do it all – and we need standards to help achieve this.” These standards are currently being developed, with involvement from the open source movement – many of the virtualization techniques and tools originated in this open source world.

Schnapauff says DT has a “vivid” SDN and NFV community and there is unqualified backing for the change from senior management. There are company ‘SDN days’ where teams comes together to learn and discuss progress. He adds that there is already a solid SDN implementation within the data centers. “Within T-Systems we already have a dynamic cloud platform with an automated virtualized cloud infrastructure that can host all sorts of cloud ecosystems,” Schnapauff says. “The next step is to build bridges between these cloud platforms globally, and work on the backbone element to give us a global cloud network, not just a collection of cloud data center sites. The products that can enable us to do this efficiently are just coming to market now.” He says that while DT has worked with start-ups such as Nicira and Insieme and its venture capital group to invest in start-up businesses, it obviously needs to deploy mature products in mainstream production with R&D and support structures from larger vendors.

Some services are already in production: in partnership with car manufacturer Daimler, T-Systems has a fully software-defined connected car service, but only in its VMware vCloud environment. “I can’t move a connected car environment to a different cloud ecosystem, let’s say from VMware vCloud to MS Azure, because the standards to do this don’t yet exist,” Schnapauff says.

There will be compromises. “We need to move fast and when you move fast you have to make compromizes,” Clauberg says. “The art of execute and deliver is key” But he admits the company needs to adopt this way of working.