Singaporean billionaire Oei Hong Leong has revealed plans for a US$5 billion (S$6.7bn) data center business, One Belt One Net.

As the name suggests, the company aims to take advantage of China’s One Belt One Road initiative, a vast, multi-trillion dollar infrastructure project spanning some 60 countries. 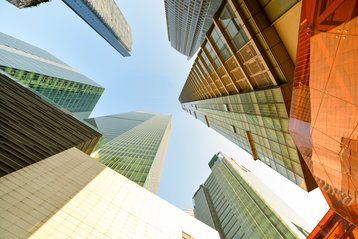 “Over the past decade, in the field of artificial intelligence, electronic payment and other high-tech areas, Singapore is not really in the leading position,” Oei said. “Now in the big data age, to catch up and to lead is imperative.”

He continued: “The large-scale data warehousing company will be beneficial to attract the world’s science and technology investment funds and start-up companies inflowing to Singapore and being concentrated in Singapore, so that Singapore will become a new information technology center and investment center.”

It remains unclear how the new company will raise funds - Oei is himself worth $1.36bn, according to Forbes - but Oei said that money raised will primarily be spent on building facilities, procuring machinery, equipment and cloud computing services and software, as well as employee recruitment and training.

Oei hopes that One Belt One Net could “tremendously improve” the Singapore Exchange (SGX), adding: “It may create listed companies such as Tencent and Meitu, which are social media gaming companies and artificial intelligence companies. It will improve the stock’s activeness and gradually bring the emerging industries of science and technology into the companies listed in SGX.

“This type of changes is very meaningful and positive.”

One is the magic number 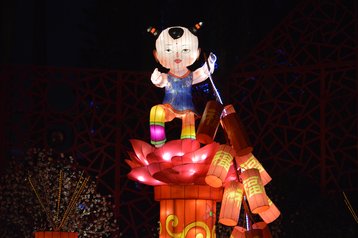 The One Belt One Road initiative, first announced in 2013, primarily connects Asia and Europe, with Oceania and East Africa also included. Depending on the scale and length of the project, it is expected to cost between $4 trillion and $8 trillion.

An unprecedented and audacious plan, One Belt One Road has been interpreted in various ways by political thinkers - and is primarily seen as a way to keep China’s burgoning infrastructure industry humming, while consolidating global power as it chips away at America’s hegemony.

Significant infrastructure projects including ports in Pakistan, roads in Laos and railroads in Kenya, solidify trade routes to the east, and - in some cases - provide China’s navy access to new regions.

The upgrades are planned across six geographic corridors, all originating from the Chinese mainland:

Each corridor will see digital infrastructure upgrades, with large investments being made in fiber connectivity.

Targeting the Eurasian Land Bridge, China Mobile built the largest data center in Northwest China at the Karamay Cloud Computing Industrial Park, by the rail transport route for moving freight and passengers overland from Pacific seaports in the Russian Far East and China to seaports in Europe.

State-owned China Unicom has also turned to Russia, establishing a Moscow-based subsidiary. At the time, Li Hui, Chinese ambassador to Russia, said: “The establishment of China Unicom (Russia) Operations Limited is a major event for the cooperation between China and Russia, and a bridge that connects Belt and Road with Eurasian Economic Union.”

Meanwhile, Kazakhstan’s largest telecoms firm will deliver a fiber route from Hong Kong to Frankfurt with a latency of only 162ms, for China Telecom Global. Elsewhere, Huawei Marine is helping build submarine cables in the Maldives as part of the Maritime Silk Road, and Flexenclosure is setting up data centers in Ethiopia as China builds massive railway networks.

State-backed CITIC Telecom International CPC is also getting in on the initiative, acquiring parts of the networking and data center business of Linx Telecommunications, including a 470 kilometer optic fiber network in the Baltic Sea, network operations centers (NOCs) in Russia and Estonia, and a data center in Tallinn, which hosts Estonia’s largest neutral Internet Exchange (TLL-IX).