NYTimes calls Microsoft out on arrogance in Quincy 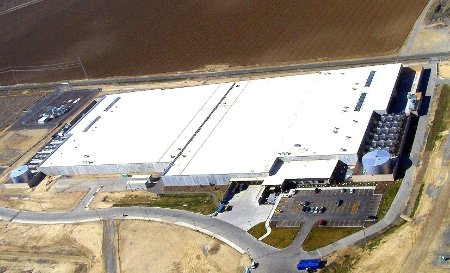 Microsoft’s data center campus is a major source of tax revenue for Quincy, Washington, and the surrounding area, but not everybody in town is crazy about the company’s presence.

Diesel generators the company has installed for back-up power have been challenged in court, and the company has reportedly been willing to waste a massive amount of utility power in order to avoid paying a fine, according to a New York Times report.

First, the generator issue. As far as small towns go, Quincy has an immense amount of high-capacity data centers with lots of diesel generators.

In addition to Microsoft, Dell, Yahoo! and Intuit also have data centers there. Quincy’s key major wholesale data center provider has been Sabey Corp., whose dominance has recently been diluted by entry of the Santa Clara-based wholesale newcomer Vantage.

The most recent generator permit Microsoft received from the Washington State Department of Ecology was in 2010. That permit was challenged that same year by the town’s former mayor Patty Martin, who was concerned with health risks associated with diesel emissions.

In July of this year, the state’s Pollution Control Hearings Board overturned Martin’s challenge to Microsoft’s permits, with condition that the ecology department would impose additional limits on generator use by the company.

According to the New York Times, Martin has now taken the battle further, challenging the permits in a superior court.

Interestingly, Microsoft’s utility architect Brian Janous posted a blog entry earlier this month about resource-use efficiency of the company’s data centers, which included a mention of research the company is doing into power back-up alternatives like fuel cells to replace diesel generators.

Another issue the Times’ article brought up was an incident in 2011, when the local utility board notified the company that it owed a $210,000 fine for having used less electricity than it had projected for the year.

Utilities try to predict load they will need to avoid producing excess energy and waste resources.

Microsoft said it would essentially waste the amount of energy it did not use if the board did not reduce or eliminate the fine. That excess energy would have cost the company $70,000, in comparison to the much larger fine.

The board eventually caved in, reducing the fine to $60,000.

Commenting on the incident, Microsoft’s general manager for data center services Christian Belady told the Times that the board’s decision had eliminated the financial incentive for the company to waste power to avoid a large fine.