North Korean Internet outages caused by US hacker with a grudge

A US-based hacker who was targeted by North Korea reportedly retaliated by bringing the country offline.

Hacker P4x said that he was not affiliated with any government, and was simply doing it to show that there were consequences for attacking hackers. 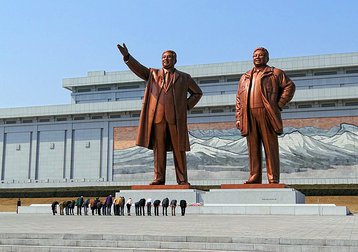 "It felt like the right thing to do here. If they don’t see we have teeth, it’s just going to keep coming,” P4x told Wired, which first broke the news.

P4x was one of a number of Western security researchers that the North Korean government attempted to hack - although he claims he was able to prevent the attack. Still, the incident left him feeling unnerved, particularly with the lack of visible US response.

“I want them to understand that if you come at us, it means some of your infrastructure is going down for a while," P4x said.

Wired claims that it was shown proof of screen recordings that verified that P4x was behind a series of hacks against North Korea, which brought down websites and central routers. He claimed that many of the attacks were now automated and periodically run to bring things offline.

“For me, this is like the size of a small-to-medium [penetration test]," P4x said. “It's pretty interesting how easy it was to actually have some effect in there.”

Internet users in the country could still access websites outside the country (at least the ones they are allowed to), but virtually all internal websites, emails, and systems went down. These outages have been independently confirmed by Pingdom and researcher Junade Ali.

Only a small and wealthy minority of North Koreans have access to the Internet, so the impact was likely quite small.

A cripplingly poor nation run by the dictator Kim Jong-un, North Korea has limited technological infrastructure, instead spending its resources on supporting the second-largest military (by personnel) in the world, and a nuclear weapons program.

The United Nations found that "the gravity, scale, and nature of [human rights] violations reveal a state that does not have any parallel in the contemporary world."

With heavy sanctions from the West, poor harvests, and a Covid border shutdown, North Korea is in the midst of a severe food crisis that experts fear could spiral into a famine.