Nokia has been awarded a contract to supply its 5G-ready equipment to provide IP and private wireless connectivity to Paris’ new metro network.

The Finnish vendor has been selected by the Société du Grand Paris (SGP), which is the organization behind the major expansion of Paris' underground railway system. 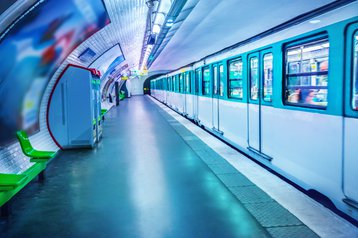 Nokia will provide its 5G-ready IP/MPLS multiservice, mobile core, and radio access network (RAN) solutions to support the implementation of four automated train lines that link 200 kilometers of Paris. It is expected to serve up to two million passengers a day.

This builds on Nokia signing an agreement with Société du Grand Paris (SGP) to provide critical comms for three of the new Paris metro lines.

The Grand Paris Express, the future metro of Greater Paris, is the largest metro rail project in Europe. It includes the creation of four new lines (15, 16, 17, and 18) around the city, the extension of line 14, plus the construction of 68 new metro stations.

Meanwhile, its IP/MPLS communications network will provide a high-speed backbone that will increase operational efficiency, enhances safety, and improves the passenger experience.

"These projects provide critical high-speed connectivity and performance at all points within the new Grand Paris metro and its operations, giving SGP the highest levels of confidence in its end-to-end Nokia network," said Matthieu Bourguignon, Vice President of Enterprise Europe Sales at Nokia.

In the UK, BAI Communications is rolling out mobile network coverage on the London Underground.