Nokia's Bell Labs is getting funding from the US Department of Energy (DOE) to work on efficient data center cooling. 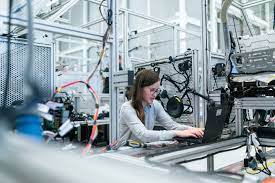 ARPA-E funds projects for energy use and storage, which could have a big impact, but are still too early for private-sector investment. This award hopes to help enable data centers that are efficient enough that the sector can keep growing without its carbon usage ballooning.

Nokia doesn't give much away about what it will do with the money, but hopes it can reduce compute cooling energy to five percent or less (ie a PUE of around 1.05), already achieved in several specialist data centers. It is also aiming to avoid water usage.

The research will focus on rearchitecting IT around a low-cost, low-energy two-phase cooling technique that works from chip to room scale, and turns compute infrastructure into a vital heat source.

Bell Labs is a research organization developed within the Bell phone conglomerate in the late 19th century, and founded as Bell Labs in 1925, before becoming AT&T Bell Labs and eventually being sold to Nokia in 2007. In its 97 year history, Bell Labs researchers have won nine Nobel Prizes, and invented the first silicon solar cell. The Labs also gave us radio astronomy, the transistor, the laser, the charge-coupled device (CCD), information theory, the Unix operating system, and programming languages including C and C++.

The University of Illinois Urbana-Champaign and other partners will join the research.

"Our goal is to play a positive role in tackling climate change in the US by reducing and re-using the energy flowing through the compute and communications hardware that delivers the digital services we all increasingly rely on," said Peter Vetter, President of Bell Labs Core Research. "By using resources in a more efficient way, we will be able to increase our use of AI in our networks without requiring more energy than we use today.”