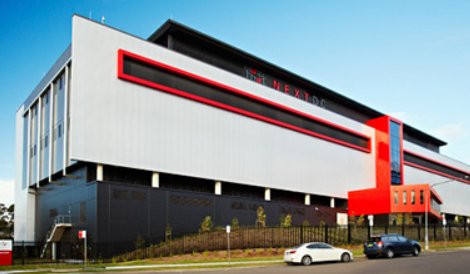 The five-storey state-of-the-art facility, which has already received Tier III certification from the Uptime Institute, provides 11.5MW of power across 5,600 sq m of technical space and room for up to 2,800 racks.

It has been designed with government and enterprise customers in mind, with an investment that will total AU$150m once the facility is fully built.

Next DC said it delivered the facility on time and so far on budget, with 36,960 man-days used for its construction, which saw 90% of waste materials recycled in some way or another.

It has also got a focus on energy efficiency, with a Power Usage Effectiveness (PUE) target of 1.3, made achievable by its use of direct free cooling.

In June this year, NextDC signed an AU$60m data center deal for an unnamed customer that it said would see it fast track commitments for data center builds in Melbourne and Sydney, allowing for an accelerated 7MW worth of fit outs.

S1 has been earmarked as part of this contract, and as such NextDC said it would expand the Sydney facility in Q3 next year by 1,400 sq m.

Next DC has been building out its footprint aggressively in the Australian market in recent years, with its 12MW Melbourne data center opening in July last year and Canberra facility C1 in August 2012.

It has other data centers in Brisbane and Perth.