The state of New York has been trying to move away from coal power, last month pushing through regulations that limit carbon dioxide emissions for all power generators. By the end of 2020, Governor Andrew Cuomo plans to essentially ban New York power plants from burning coal. 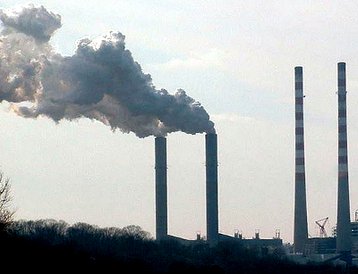 The initiative is a $650 million private capital investment plan to close the last two remaining coal burning power plants in the state of New York.

Applications for the conversions have already been submitted to Empire State Development as well as the New York Power Authority to obtain an allocation for renewable energy to power the sites. In a Lansing Town Board meeting, Jerry Goodenough, Cayuga power plant manager, stated in a document: "If denied a 125MW clean power allocation at NYPA, the power plant owners could pursue an existing re-powering application (via trucked natural gas) at Cayuga and/or sue the State on its proposed coal regulations designed to close only these two plants."

Transitioning the plants to data centers will be simpler than demolishing the sites as both facilities already have existing infrastructure like industrial scale electrical connects, utilities as well as large swathes of abandoned land. 75 acres of this land will be used to build a 15MW solar farm on the Cayuga site, whilst also leaving space for expanding the data center, should the project go ahead.

Beowulf Energy, the owner of the Somerset plant, has proposed a conversion plan that is expected to cost around $550 million, with a proviso that New York state would provide $65 million in cash incentives to the project as well as 125MW of electricity.

Speaking to The Buffalo News, Somerset supervisor, Daniel M. Engert said he is aware of "a very, very large client waiting for the project to get blessed," but was not willing to name the client.

A representative from the Somerset power plant told the local news site that in the last year the site has been offline for 340 days out of 365. The plant has been struggling with falling revenues for several years, even though the company’s annual tax bill has been cut from $20m to $3m over the last 15 years.

The only way for Somerset power plant to comply with the upcoming coal regulations would be to switch to natural gas or invest in cost intensive upgrades.

Jordan Levine, spokesperson for Gov. Cuomo, said: "The state stands ready to help workers and communities transition to a clean energy future through the Governor's Clean Climate Careers initiative created to address the needs of the local communities affected by any closures, as well as a host of clean energy programs to support transitioning these plants away from coal and its negative impacts on public health."

The Somerset conversion would create around 160 full-time jobs, while the construction would employ about 500 union workers.