Netrality has bought a 25-story data center and carrier hotel in Houston, Texas. The 1.1 million square feet building includes around 400,000 square foot (around 40 sq m) of data center space and access to a dozen network carriers.

The acquisition comes less than a month after Netrality Properties was formed in January 2015. The venture is a partnership of property speculator Amerimar Enterprises and Allied Fiber CEO Hunter Newby, who is investing privately. The two parties have jointly speculated for 15 years, but this deal is the first under the auspices of a formal agreement.

The buyer has unveiled plans for additional carrier-neutral meet-me rooms and the building of 100,000 square feet of additional data center space. 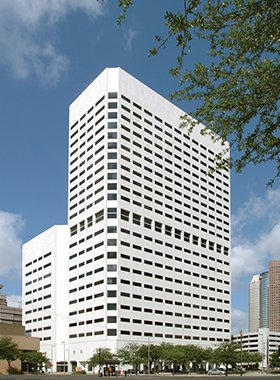 The Houston facility at 1301 Fannin Street is described as a strategically important networking hub which has immediate proximity to the region’s economic foundation - the US oil and gas industry. It also has direct network links to the increasingly important emerging economies of Mexico and the Gulf of Mexico.

The new owner has inherited a customer base that includes Exxon Mobil and Internap. Exxon, whose data center is in the Netrality owned building, is the second-largest publicly traded company in the US.

Hunter Newby said this is a critical location for network operators. “[Houston is] the fourth largest city in the United States. Its proximity to Mexico and the Gulf make it a global gateway and strategic for us and our customers,” said Newby.

The acquisition is the latest in a long line of speculations by Newby and Amerimar who now own many of the carrier hotels catering to US data centers, with existing properties in New York, Philadelphia, Kansas City and Chicago.