Microsoft has partnered with several quantum computing companies to bring their services to the cloud.

Launching in private preview in the coming months, 'Azure Quantum' will offer access to prototype quantum devices from start-ups IonQ and QCI, and engineering conglomerate Honeywell. Software company 1QBit will also be available on the platform. 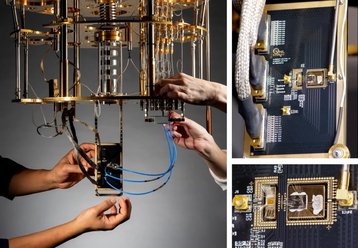 "We're excited to see Azure Quantum customers run their programs on IonQ quantum computers for the first time," Peter Chapman, CEO of IonQ, said. "We've seen a ton of excitement from all corners about our ion-based approach, and are thrilled to expand access to our quantum capabilities through Microsoft's network."

Microsoft is developing several of its own quantum systems, but they will not be available at launch. It is also working on other aspects of the quantum stack, such as the system to cool the quantum chips and systems for controlling qubits.