Microsoft has gained planning approval for a third building at its Osmium data center in Des Moines, Iowa.

West Des Moines’ City Council and Plan and Zoning Commission gave permission for the 241,000 sq ft (22,400 sq m) facility in December, and is the third of five planned at the site located to the south of West Des Moines. City officials say construction on the new building at the Osmium site is expected to begin by the spring of this year.

First announced in 2016 and built to support the Azure cloud service, the final facility will span over 1.7 million sq ft (158,000 sq m) of land once complete and is due to be the Redmond-based company’s largest data center in the US. The total investment made by Microsoft for the project is expected to be between $1.5 and $2 billion. 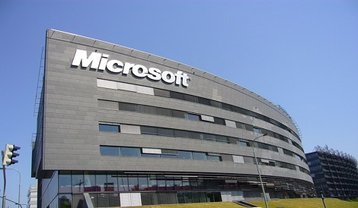 Work on the Osmium facility was delayed in 2017 due to legal challenges between local utility Des Moines Water Works and three neighboring counties over who had to foot to bill to remove nitrates from the water supply.

Following the suit, Iowa's legislature threatened to shift control of water treatment facilities from the independent Des Moines Water Works to a regional authority in a move that would halt all water utility planning, designing and building until the summer of 2018 - stopping the construction of water infrastructure to support the new Microsoft data center.

In 2019, the Des Moines Water Works began to morph into the Central Iowa Water Works, which will include several utilities. Its structure is still changing, but the work for Microsoft's data center appears to have been carried out.

Both will be around 1.8 million sq ft (167,000 sq m) in size and require about $1 billion in investment. City officials have said they expect construction on the new facilities to begin in Fall 2021 and completed in 2022.